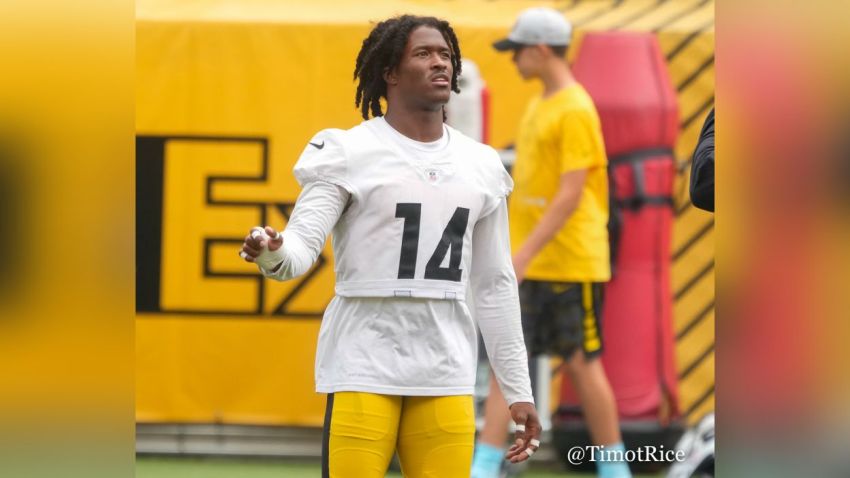 Reasoning: It was reported last night that the San Francisco 49ers agreed to a two-year, (up to) $10.5 million contract with Ray-Ray McCloud, the now-former Steelers wide receiver and return specialist, ending his tenure with the team after two seasons.

The Steelers first signed Ray-Ray McCloud during training camp in 2020, the year of the pandemic, with no preseason. While he had spent time in the league the past two seasons, he was already a journeyman, and without solid opportunities to showcase himself, he was not expected to make the 53-man roster over others like Deon Cain and, dare I say it, Ryan Switzer.

The former Clemson product earned his roster spot by showcasing his return ability, and he entered the 2020 season as their kick returner, ultimately taking over punt return duties as well after Diontae Johnson, blossoming into a larger offensive role, suffered an injury doing it.

He continued in his role as return specialist in 2021, leading the NFL in punt returns and punt return yardage, and totaling more than 1,000 total return yards between punts and kicks, which is becoming a bit of a rarity.

But he also had the opportunity to take on a larger offensive role in the absence of JuJu Smith-Schuster, the Steelers’ primary slot receiver, following his shoulder injury in Week 5. The vast majority of his 538 offensive snaps played on the season followed that injury.

He finished the year with 39 receptions, albeit for just 277 yards, and he has yet to score a touchdown of any kind during his NFL career on 225 career offensive and special teams touches. But he can do multiple things for a team with the ball in his hands, including on sweeps and end-arounds.

Kyle Shanahan’s 49ers team may well be able to better utilize his skill sets than the Steelers have been able to, finding more creative ways to get the ball in his hands in space, and being able to put blockers out in front of him allowing him to do damage.

Reports indicate that the Steelers did show interest in retaining him, but clearly they were not eager to come very close to matching the 49ers’ offer. For one thing, they very rarely do incentives, and I suspect that the incentives are doing a good amount of the heavy lifting in that cited $10.5 million amount.