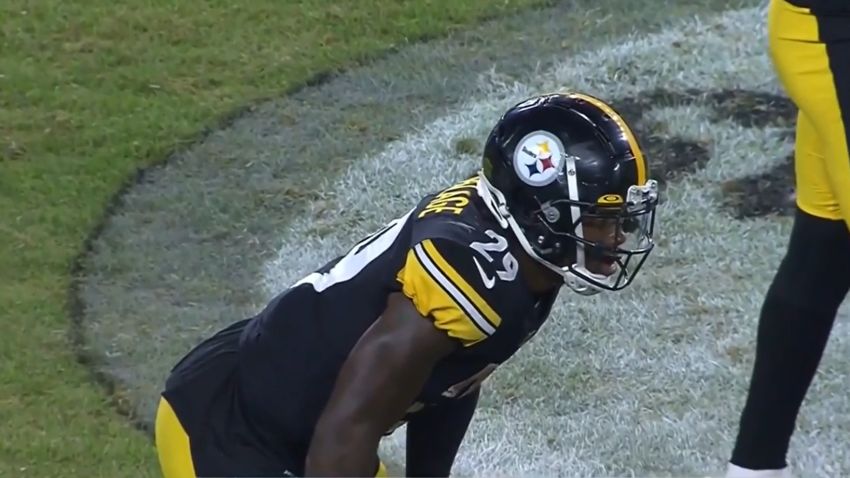 Reasoning: The veteran running back managed to make the Steelers’ 53-man roster, but was their third-string player and contributed very sparsely, unlikely to be re-signed.

Life behind a pedigreed running back on a Mike Tomlin-coached team cannot be easy. Whenever he has had a running back who was ‘the guy’, and whenever he was available, that guy was on the field. It started with Willie Parker, who carried the ball 321 times during Tomlin’s first season. Rashard Mendenhall garnered 324 carries a few years later once he established himself as ‘the guy’. You know who the next guy was—Le’Veon Bell—and the workload he had. Even James Conner was that guy, when he was healthy.

And now Najee Harris is the guy’s guy. Logging 980 snaps, including multiple games in which he never came off the field, the rookie logged 381 touches, which was the most in the entire NFL—as was his snap count for the position. The only times he spent any appreciable time on the sidelines was when he was injured, or cramping, or getting testing for a possible concussion.

And you can’t talk about the 2021 workload of Kalen Ballage without talking about Najee Harris and Tomlin’s history of using bell cow backs as bell cows. Because Ballage got 14 touches this past season even though he dressed for every game. Even Benny Snell got just 38 touches after having more than 100 in each of his first two seasons.

The two of them combined barely cracked 50 total touches. I’m confident the Steelers had a league-low in touches among running backs behind their starter. And the thing is, neither Snell nor Ballage earned a greater share of the workload.

That is the problem. Most of Ballage’s runs were failed runs. And he wasn’t producing after contact. And he dropped balls when he was targeted in the passing game. Even on special teams, he only played 98 snaps, not exactly a mainstay. It’s hard to imagine that they would bother to re-sign him right now rather than look for some other veteran.