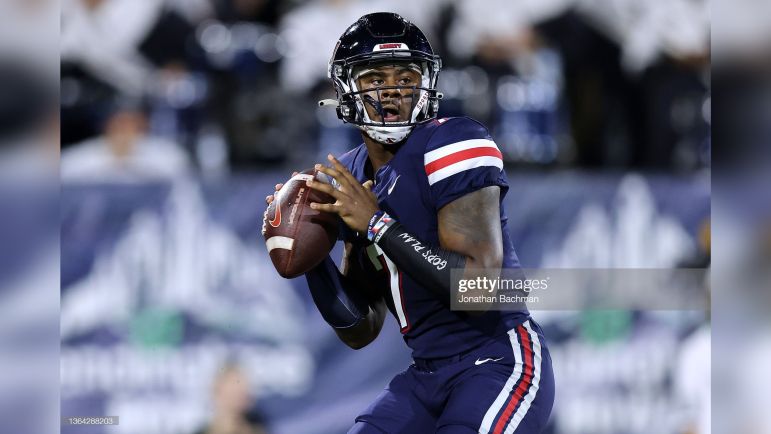 Press conferences are a blend of truth and fiction. One thing I often believe to be true, however, is when the Steelers talk about coveting a specific player that they end up drafting, particularly in the first round. It doesn’t happen with every single draft pick. They didn’t hit the roof when they landed Artie Burns or Terrell Edmunds, for example.

They did when they traded up for Devin Bush, though. They were ecstatic when they drafted Najee Harris last year. Cameron Heyward, Maurkice Pouncey, David DeCastro, Jarvis Jones, and Ryan Shazier all felt like ‘the’ pick, as well—the guy that they were going to get if they had a shot at getting him.

So is Malik Willis that guy this year, the quarterback out of Liberty? This is not a question of what you think of the decision—for the purposes of this conversation, for example, it doesn’t matter if you think teams shouldn’t draft running backs in the first round, in the case of Harris. It’s clear they had their hearts set on him.

Are their hearts out for Willis? A lot of people certainly seem to feel that way. They are doing their diligence on every top quarterback prospect that they can manage, but is Willis their guy? Are they willing to do whatever it takes to get him? That’s what you should do if you believe he is your future long-term franchise quarterback.

After all, just look at what the Browns gave up for Deshaun Watson. If you think Willis is your Watson, just about any trade you could make is a relative bargain.