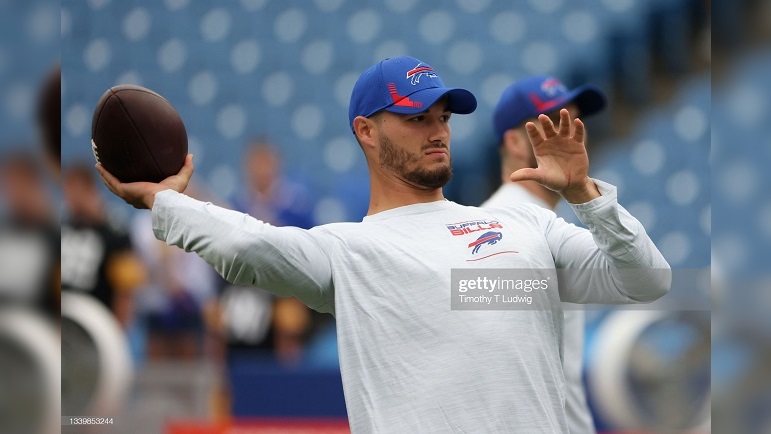 Question: How much is Mitchell Trubisky worth?

There aren’t too many quarterbacks that the Steelers haven’t been connected to at some point this offseason, either through free agency, trade, the draft, or resurrection via witchcraft, but some suggestions and reports feel more realistic than others.

One quarterback about whom reports, at least to me, feel more genuine than most, is the suggestion that the Steelers will be interested in trying to sign former second overall pick Mitchell Trubisky, who last season served as the backup to Josh Allen with the Buffalo Bills on just a one-year, $2.5 million contract.

Although he threw only eight passes last season, even Bills general manager Brandon Beane acknowledged in speaking to reporters at the Combine yesterday that there is a market for him and that it is probably unrealistic for them to expect to be able to keep him.

Part of the reason that he earned just $2.5 million last season was, of course, because of the steep market crunch in 2021, with the salary cap tumbling sharply due to the economic ramifications felt by the pandemic the prior year. It resulted in many players settling for cheap one-year deals who would in any other offseason been signing healthy multi-year contracts.

But when it comes to Trubisky, how much is he actually going to be worth to teams later this month? There have been reports suggesting that he could land a contract valued eight or nine times more than he earned last season.

I can’t imagine that myself, and I would be surprised if he were offered even $10 million APY. Of course, I have been surprised before. But we’re not talking about a former hopeful franchise face who is coming off of a strong cameo season. He barely did anything in 2021. Literally threw eight passes, one of which was an ugly interception. There’s no reason to think that he has raised his market value over the course of the past year, unless you value proximity to an actually good quarterback as an asset.