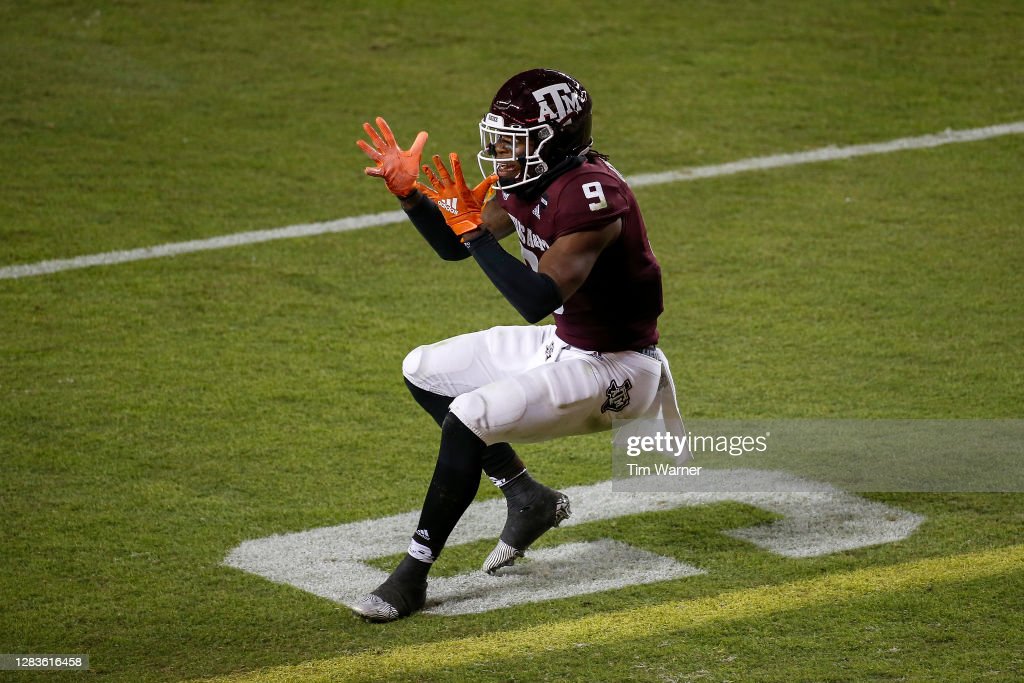 The final day of the 2022 NFL Combine is in the books with the secondary, corners and safeties, putting a bow on the weekend. As we’ve done all week, Dave Bryan and myself have been tracking the results. You can check out the DB numbers and the entire Combine figures by clicking the link here.

Let’s talk about the final group to work out at Indy.

– But first, you have to recognize how insanely fast this year’s prospects were. If the times seemed fast, you’d be right. 31 players officially ran a sub 4.4 40. That blows out of the water recent marks and makes this Combine the fastest one. Ever.

Number of players running sub 4.4 at the NFL Combine:

What a way to welcome back the Combine.

– The downside to this year’s Combine was a lot less workouts. Not nearly as many people participant in the agility drills which were held last. Most guys opted out after a tiring day that included bench press to start (which most players also skipped). League trying to jam pack the whole workout into one day and most players are just waiting until their Pro Day. Makes things feel less complete than usual.

– Some more off-the-wall testing. Baylor CB Kalon Barnes was thought to threaten John Ross’ 40 time record heading into the week.. And he nearly did, posting a 4.23 40, just .01 from tying Ross’ mark. But Barnes is a bit like Minnesota CB Jalen Myrick from several years ago, a DB who blazed a fast 40 (4.28) but will still probably be a Day Three pick. Barnes is undersized and surprisingly looked a little stiff when asked to change directions in drills. 4.23 is a wow type of figure but it isn’t the end-all.

– There will be a similar conversation surrounding UTSA’s Tariq Woolen. Working in his favor is incredible size and frame, a legit 6’4 with 33 5/8 inch arms. He ran an amazing 4.26 40 and his GPS times match up with that track speed. He added a 42 inch vertical for good measure. But like most tall corners, and Woolen is among the tallest, he’s high-cut and upright when asked to flip his hips. There are traits for days but he’s a raw lump of clay and I’m worried how well that testing would translate on Sundays. Fayetteville State’s Joshua Williams didn’t pop in testing but looked more fluid through drills, though he cheated them a little bit (like looking for the ball before the “ball” call from the coach at the end of one rep).

– Woolen’s numbers may grab the story but Sam Houston State’s Zyon McCollum looks great on paper. 4.33 40 at 6’2, 200 pounds with a 39.5 inch vertical, 11’0″ broad, 3.94 short shuttle, and 6.48 three cone. His three-cone is tied for the 9th best in Combine history though it’s worth pointing out there isn’t much of a correlation between the best short shuttles and NFL success. Of the top dozen times, the best players have been Buster Skrine and Daniel Sorenson. At the Senior Bowl, he felt like a potential free-safety conversion guy but there’s more than enough athleticism to stay at corner if a team wants.

– Corners with nice workouts who didn’t have eye-popping numbers. The other Cincinnati corner Coby Bryant has good size, though his arms a little short, with a fluid turn who still ran a respectable 4.54 at 6’1. Arizona State’s Jack Lucas had a little trouble early on in the on-field workout but looked better with drills that translated more to football, like breaking out of his pedal to attack a curl/flat/comeback. He stays low and explodes out of his stance. His size concerns will push him inside in the NFL. SCSU’s Cobie Durant also impressed in field drills and posted a quick 4.38 40. He looked quick and smooth through the gauntlet. Another nickel projection.

– Missouri Western State’s Sam Webb had a couple nice catches, surviving the ground on one high-point, but he was too slow in drills. It’s about showing technique while playing fast and he didn’t move at a quick enough pace.

– At an event where most guys ran fast, Clemson’s Mario Goodrich might not meet thresholds. A 4.61 40 at 176 pounds is a dubious combination. From 2000 to 2020, there’s been only 26 players under 180 pounds to run worse than 4.6. Only one non-specialist has had any level of NFL success, CB Renaldo Hill, a 7th round pick in 2001. The next top three guys are kickers while only two others were drafted. And those guys were taken in 2000 and 2002. Goodrich will need to break well into the 4.5’s at his Pro Day.

– One guy I didn’t expect to test as well as he did was Toledo’s Tycen Anderson. And I’m a fan of his game. He’s big, long, and 4.36 at 209 pounds with a 6.64 three-cone attempt. For comparison, that bested Memphis Calvin Austin’s mark (6.65). I considered him the 7th round of my initial Steelers’ mock draft. If I include him again, he’ll be getting bumped up several spots.

– Don’t be disappointed by Kyle Hamilton’s somewhat slow 4.59 40 time. At a muscular 220 pounds, that’s a good time and his explosive ability allows him to cover plenty of ground. That was reflected in his vert (38) and broad (10’11”). Hamilton looked great in drills and caught the ball well, including one nice snag over his head.

– One name who caught my eye at the Senior Bowl that not enough people are talking about is Texas A&M’s Leon O’Neal. He’s got size, athleticism and flipped his hips like a corner in drills. Great free safety prospect who should go on Day Two.

– Sure Steelers’ fans are interested in hearing how Quintin Lake, Carnell’s son, performed. Answer? Very well. He’s tall and didn’t run an amazing 40 (4.59) but he was fluid and smooth out of his breaks and when asked to turn and run. He apparently had some sort of injury during his first 40 run and didn’t run again but he gutted out drills. His performance yesterday should get him drafted. Maybe even by the Steelers.

– Like the rest of the Bears, Baylor’s JT Woods ran fast, a 4.38 40 to go along with a 39.5 inch vert and 10’8″ broad. But he looked tight and stiff in drills. Safeties never look as good compared to corners where that comes more natural but Woods looked worse even compared to his safety peers. His teammate Jalen Pitre will go higher.

– Finally, heck of a workout for Georgia’s Lewis Cine. 4.37 at 6’2, 200 pounds with an 11’1″ broad and 36.5 inch vertical. He’s big and physical and very athlete. Dave compared him well to how Terrell Edmunds tested, though Cine is a bigger hitter.

We know how the Steelers like their SPARQY safeties. This year’s draft is full of them.

– Gotta get a quick mention in on the kickers, punters, and long snappers. Even those guys were booking it. Georgia punter Jake Carmada ran a 4.61, Penn State’s Jordan Stout a 4.67, and San Diego State’s Matt Araiza a 4.68. Araiza also jumped 10’1″ in the broad, a better number than five WRs and a whopping 18 RBs. Araiza appeared to boot the ball early on in the day which matches up with his great tape.

Oh, and he can punt the living shit out of a football as well. The Patriots will love having him. pic.twitter.com/vZXOA21pR2 https://t.co/qxxCOCD0n1

– Shoutout to Pitt LS Cal Adomitis for going through all the drills too from 40 time to three cone. He lacks size and length but NFL rule changes protect those guys a lot more than they used to. So it’s less of an issue. His 64 career starts have to be the most of anyone in his class.