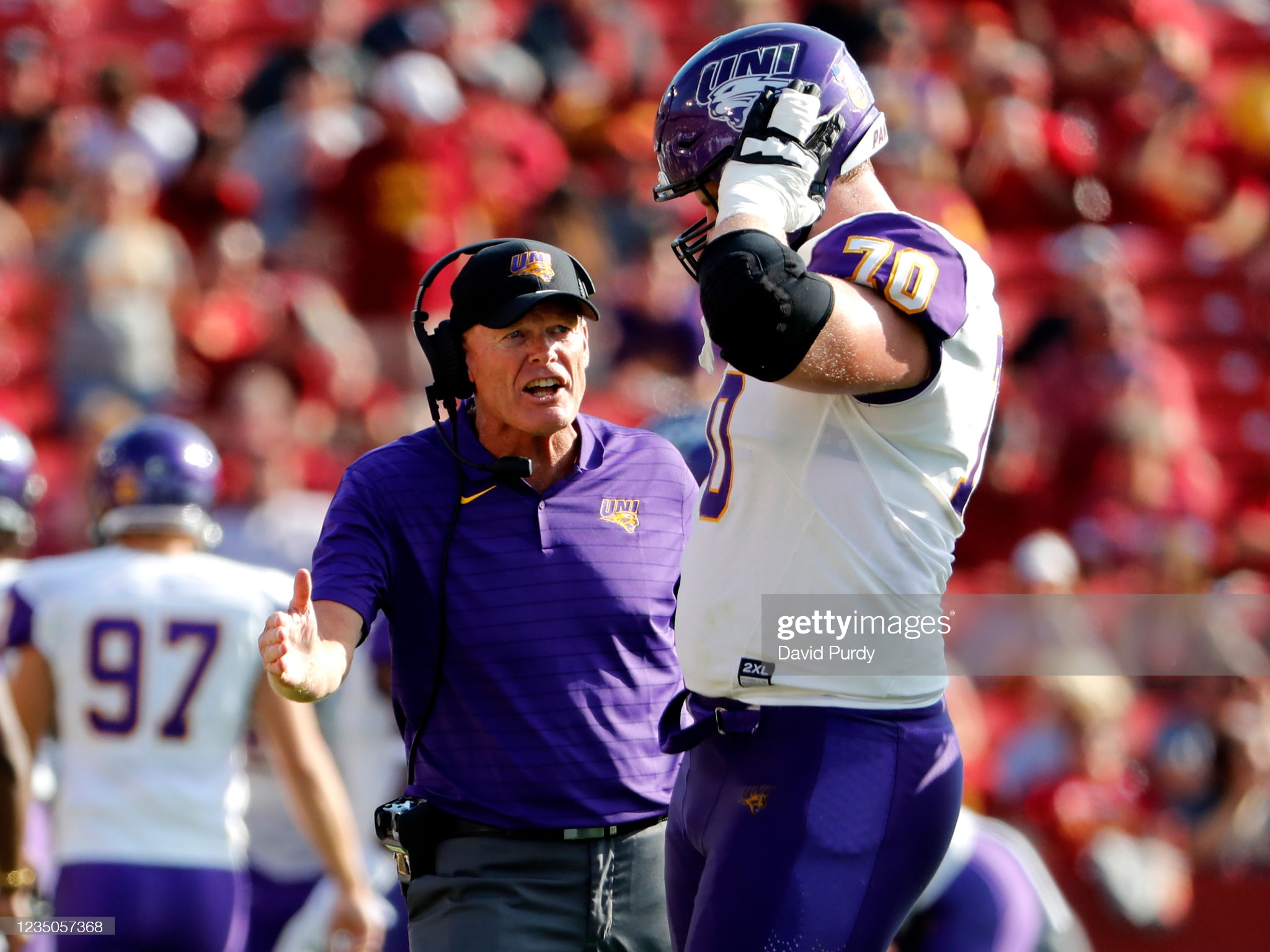 Today I wanted to look at the data from Kent Lee Platt’s Relative Athletic Scores (RAS) for the offensive tackles. Here is a link to his website in case you haven’t seen his work  https://ras.football/. To qualify for a RAS score, a player must have a total of six recorded metrics from any of the following: Height, Weight, Forty-yard dash, Twenty-yard split, Ten-yard split, Bench Press, Vertical Jump, Broad Jump, Short Shuttle, and 3-Cone. The player is then graded on each in comparison to the positional database since 1987 to get more of a feel of their size, speed, explosion, agility, and total value, giving context to the raw numbers. 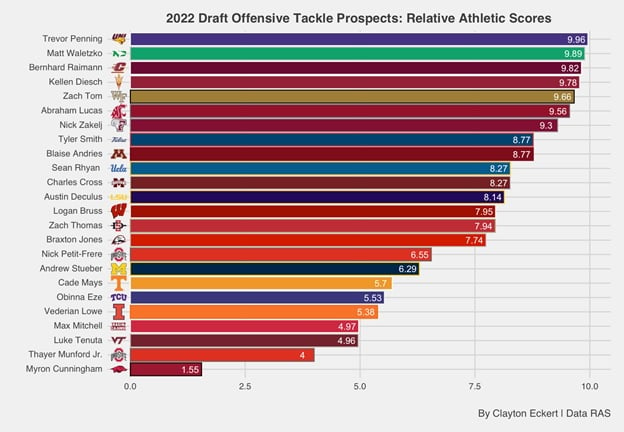 So, the data confirms the above average athleticism of the position in this day in age, with 83% of the qualifying players with a RAS above five! It will also be interesting to see where players end up playing in the NFL, since moves along the o-line are fairly common from college to the pros. 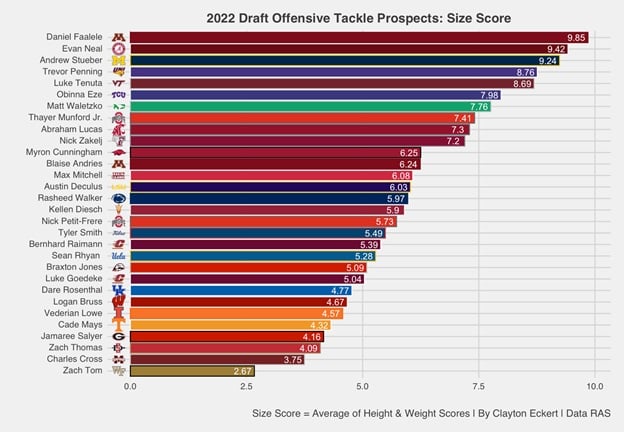 A high percentage of the players (73%) have a size score above five, encouraging and important context after the athleticism view, so I’ll discuss some. There are three players with a size score above nine, starting Minnesota tackle Daniel Faalele who has elite size but unfortunately didn’t test otherwise. Alabama tackle Evan Neal also falls into this category, with elite size but no other testing numbers. Stueber’s elite size is highlighted here, but important to remember his poor explosion and agility.

Two players have a size score above eight, starting with Penning who really stands out with his strong overall testing! Tenuta has great size but important to remember his okay explosion and poor speed.

The next group of players have a size score above seven, starting with Eze with good testing, but important to recall his very poor agility. Waletzko has the second ranked RAS and good size for strong overall value! Munford Jr. has good size, but important to remember his poor speed and explosion. Lucas and Zakelj provide overall value with a RAS above nine along with above seven size scores!

Andries is also important to discuss with overall value considering his 8.77 RAS and 6.24 size score. 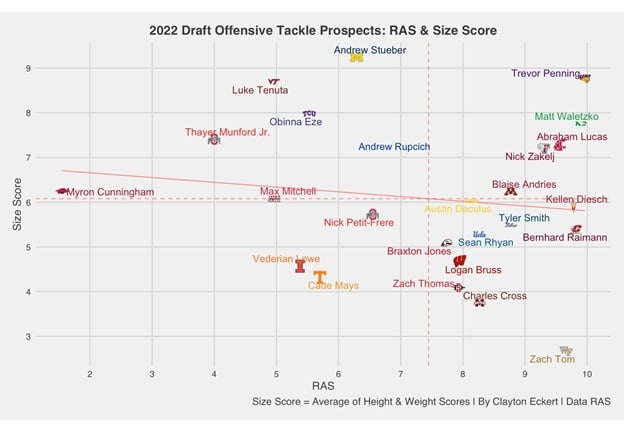 The graph highlights Penning as having the best package of size and athleticism of the qualifying tackles, along with Waletzko, Lucas, and Zakelj providing the strongest overall value. We can also see a great percentage of athletic players on the bottom right, but lacking size comparatively. The players further on the left generally have the desired size but lack in athleticism, perhaps cuing a move to the interior in the NFL.

For those that like the numbers, it’s unfortunate a few players (namely Faalele and Neal) didn’t test fully. Of course, there are many valid reasons which I understand, but really wanted to see those men test considering their elite size. It will be interesting to monitor the pro days and continue to see how the men stack up in the coming weeks when Platt updates the site with the unofficial numbers.