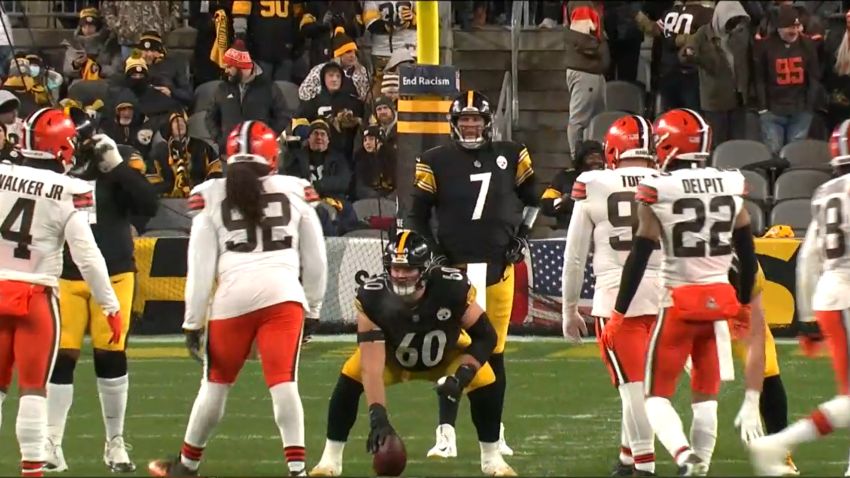 The fact that J.C. Hassenauer was among the longest-tenured players for the Steelers in their offensive line room last season should tell you everything you need to know about how much they lacked continuity and year-over-year chemistry.

He has been with the organization for three seasons, on the 53-man roster for two, and he has started to accumulate a decent handful of starts. The fact of the matter is that he finished the 2021 season starting at center for the team, though general manager Kevin Colbert has recently put a caveat on that.

Rookie third-round pick Kendrick Green started most of the season at center, but after suffering a late-season injury, they chose, Colbert says, to go with Green dressing only as an emergency they were hoping wouldn’t have to play; in other words, he was not healthy enough to start, he wasn’t benched because of performance (at least, not exclusively).

Still, Hassenauer did show growth this past season, certainly his better of his two years logging meaningful snaps, most of which came at center. He was their backup center going back to the start of the season, indeed, with B.J. Finney the backup guard.

If they fail to address the center position in a significant way this offseason, is it conceivable that Hassenauer and Green have an open competition for the starting job during training camp? I think so, and right now, I doubt many Steelers wants would bet money on the second-year guy winning that competition. It doesn’t help that even teammates and coaches have talked about him potentially being better at guard, where he played most of his college career.