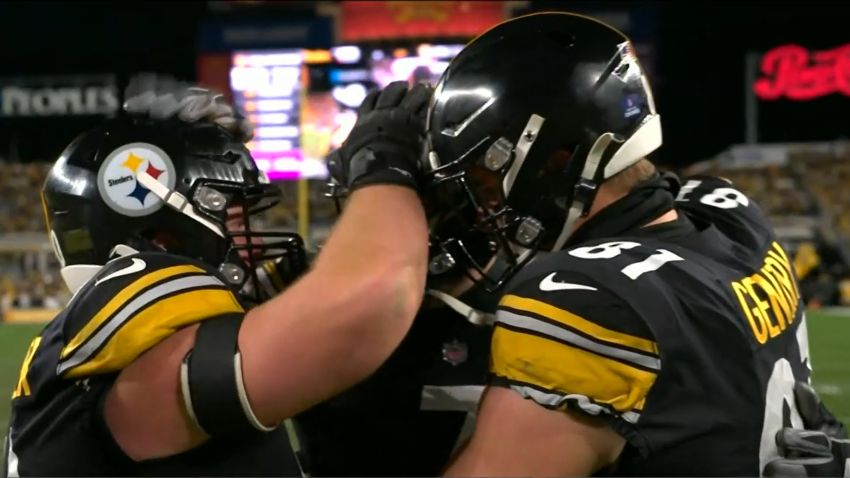 Tight end Zach Gentry has only been in the NFL for three seasons, but nevertheless, it remains true that Ben Roethlisberger is the only starting quarterback he’s ever known at this level—even if Roethlisberger barely played during his rookie season in 2019 with the Pittsburgh Steelers after the quarterback tore up his elbow.

“It’s gonna be an adjustment”, he told Missi Matthews for the team’s website, speaking the obvious. “I was going to some of the equipment guys the other day, and I said, ‘It’s gonna be weird not having 7 around’, but it’ll be even weirder for them. He’s been around for so long, and there are so many people in this building that are used to seeing him every single day for the last 18 years”.

With Roethlisberger retiring, the Steelers have Mason Rudolph under contract for 2022, and will have Dwayne Haskins as well once they apply a restricted free agent tender on him and he signs it. The team has left all other options of acquiring talent at the position on the table.

“You have to build a rapport with whoever these guys are gonna be”, Gentry said. “Obviously guys are gonna be trying to work with [Rudolph and Haskins], and they’re gonna be working hard this offseason, but it’ll be interesting to see what shakes out. I know that our organization is gonna make the best decision moving forward, so whoever we have back there, I know is gonna be a capable and talented quarterback”.

And more so than most on the roster, Gentry actually knows a little something about the position. He was standout quarterback himself during his high school career, and was recruited to Michigan to play that position. He only converted to tight end during his freshman season.

“I’d like to think I am”, he jokingly said, when Matthews asked if he is an option to play quarterback. “I’ll have to put my name in the hat for that. I throw in pre-game warmups a little bit, so I’ll have to keep my arm loose”.

Of course, Gentry is just settling in to his life at tight end now. He mostly worked on his receiving skills while at Michigan, but he has developed his blocking ability and rediscovered his physicality under the tutelage of James Daniel and now Alfredo Roberts.

He talked in the same interview about rediscovering his love of the physicality of the game, noting that he used to play defense when he was younger, and that he is happy with where he is now in terms of his position. He got to be a steady contributor in 2021, and should only grow more next season.