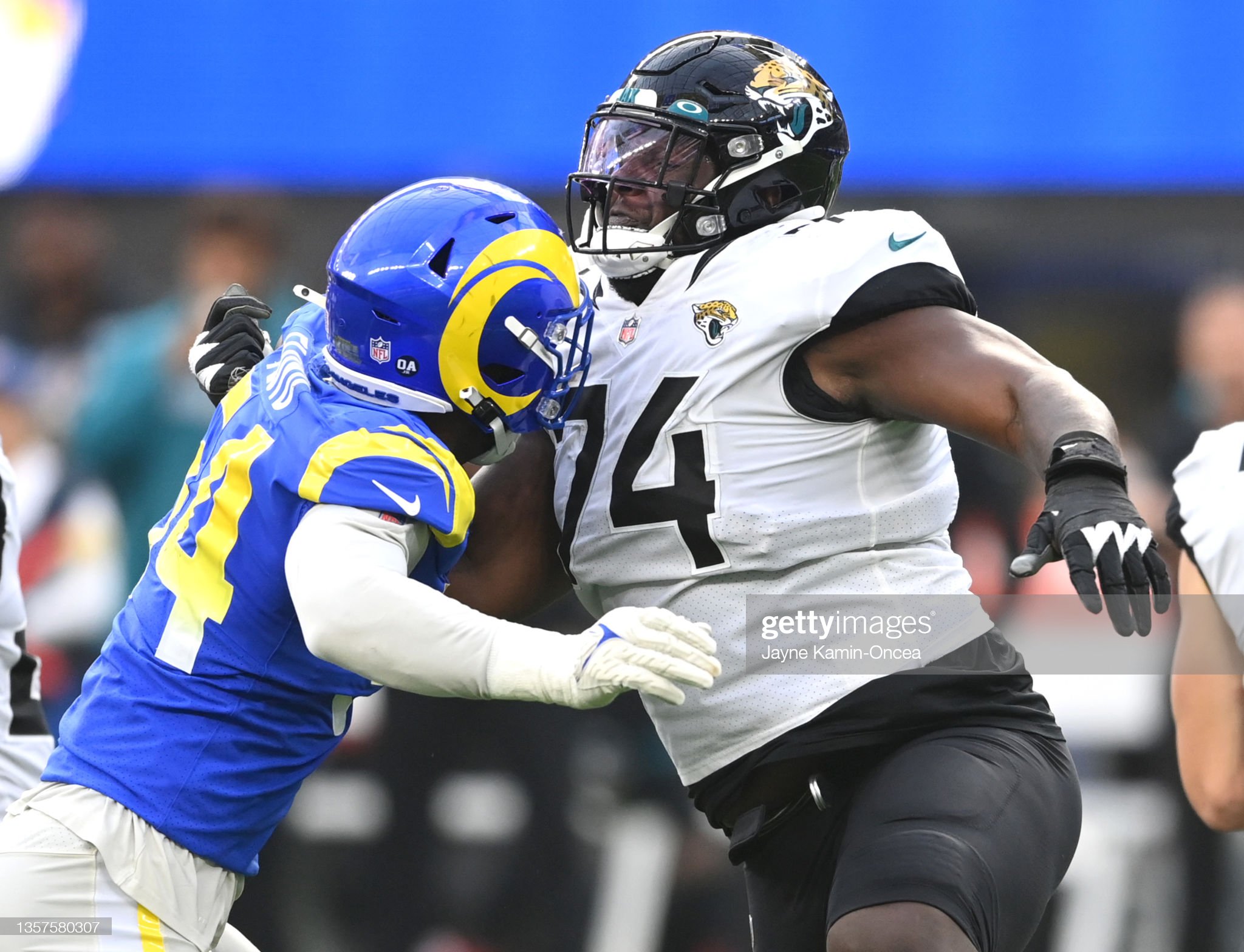 For the first time in a long time, the Pittsburgh Steelers have plenty of cap space heading into free agency, which could make for a rather aggressive  period of time for General Manager Kevin Colbert and the Steelers, who have plenty of holes to fill on the roster.

Though those holes won’t all be plugged in free agency, the Steelers can get a good jump on rebuilding the offensive line with some of the money available to them in free agency, and can also shore up areas such as the secondary — specifically cornerback — as well as adding a veteran receiver or veteran running back to supplement some talent offensively.

While it’s unlikely Colbert goes and lands a big fish or two in free agency and hands out a ton of money, this year’s crop of free agents looks like a solid group of players overall, with some who could be plug-and-play starters in key areas of need, all for an affordable price.

One such player is Jacksonville Jaguars’ offensive tackle Cam Robinson, a former second-round pick in 2017 out of Alabama that has played in 61 career games and is coming off of his fifth season with the Jaguars, having played on the franchise tag last season, earning $13.754 million on the tag.

Now, coming off easily the best season of his career, Robinson — who has played near 4,000 career snaps — his hitting the open market. Knowing how bad the Steelers’ offensive line was in throughout the 2021 season, CBS Sports’ Jordan Dajani paired Robinson with the Steelers as a free agent the black and gold “should prioritize” signing in the offseason Thursday.

“The Steelers should draft a quarterback in the first round, but they also need to focus on improving the offensive line,” Dajani writes. “Cam Robinson hasn’t been the franchise left tackle the Jaguars have hoped for, but he’s just 26 and could be another player that benefits from a change of scenery.”

Robinson is still relatively young, and as I wrote earlier, is coming off of arguably the best season of his career. According to Pro Football Focus, Robinson posted a career high 67.4 grade at left tackle in 2021, in large part thanks to a career-best 76.6 pass blocking grade, allowing just one sack, eight quarterback hits and just 22 hurries in 856 snaps for the 3-14 Jaguars.

Just finished up all 873 snaps of Cam Robinson's 2019 campaign. I cut-up & edited every quality block he made into a 8+ minute tape showing where he wins. That + scouting notes here: https://t.co/0ZM4rWR1vS

That said, Robinson had one of his worst seasons as a run blocker, which might not fit what the Steelers are aiming to do in the trenches while they transition out of the Ben Roethlisberger era.

PFF projects Robinson to land a three-year, $40.5 million deal with $20.5 million guaranteed, which averages out to roughly $13.5 million per year.

That seems like a lot of money for a tackle that has been just slightly above average throughout his career. He’s still relatively young though, and as Dajani writes, maybe a change of scenery out of a dysfunctional franchise could really do him some good. Maybe a position change to right tackle too, since the Steelers feel confident in Dan Moore Jr. at left tackle as well.