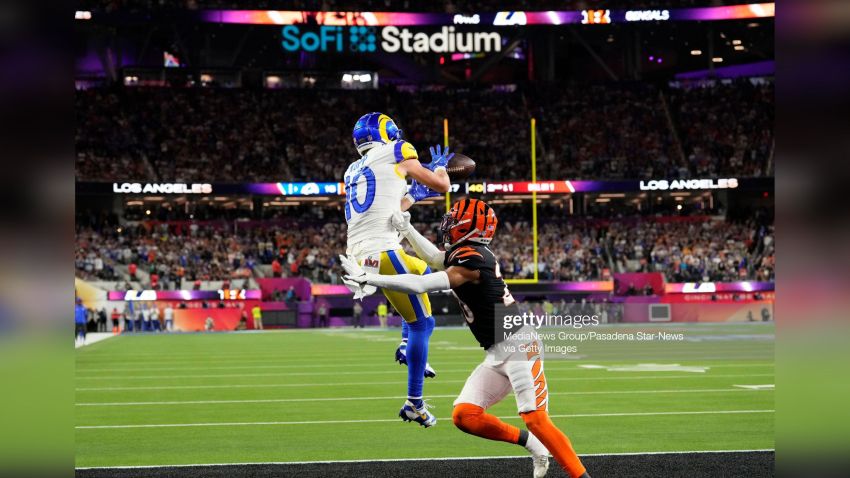 Life comes at you fast. That’s a meme or something right, kids? The general idea, the way it’s most often used, that a person in a short period of time goes from a positive place to a negative place, and it’s often seen as deserved. Cincinnati Bengals cornerback Eli Apple seems to have gotten his comeuppance last night as his team lost the Super Bowl.

You may recall an article that we put up about two weeks ago following the Bengals’ victory over the Kansas City Chiefs. During the week following that victory, Apple wanted to make sure that he let the Chiefs’ wide receivers know that he had their number, namely Tyreek Hill, whom he stopped on a key play of the game, and Mecole Hardman. He mocked them, though they took the high road, and then he offered to get them tickets to the Super Bowl as an obvious dig.

Well, fast forward a bit, and we find all three of them with the same number of Super Bowl titles earned in 2021, which is zero. Worse still, It was Apple who gave up the game-winning touchdown to Los Angeles Rams wide receiver Cooper Kupp in the final minutes. His second touchdown he allowed against Kupp on the night.

COOPER KUPP FOR THE LEAD!

That Stafford + @CooperKupp connection is ELITE.

Don’t think for a second Hill and Hardman failed to note that.

@EliApple It’s cool big bro! You might get one of these one day 🥺 but in the mean time just go get better at your craft ✌🏾 pic.twitter.com/y6ZJN5zkgS

As for Apple, he was, um, conspicuously quiet after the game on social media, and from what I can see, he is typically pretty active. Understandably, he is probably not in the mood for being trolled at the moment, even if it’s the harvesting of the seeds he himself planted.

With all that being said, this was still a significant season for the cornerback, formerly known as a legitimate first-round bust as a 10th-overall pick out of Ohio State in 2016. He signed with the Bengals this offseason, as his fourth team in six seasons, and probably had his best year overall, getting the chance to start because of ongoing injury issues with Trae Waynes, who has hardly played in two years.

Whether he opened his mouth up a few times too many or not, Apple was a significant piece of the Bengals’ defense, which was a pretty good unit overall.

The 27-year-old will be an unrestricted free agent next month, unless he works out an extension with the Bengals to remain sometime over the course of the next few weeks. I don’t know what their plans are for him, but he would at least amount to quality depth. I think they got all they could reasonably expect out of him, and, let’s be honest, there’s no shame in getting beaten by a route-runner like Kupp, the 2021 Offensive Player of the Year and the Super Bowl MVP.