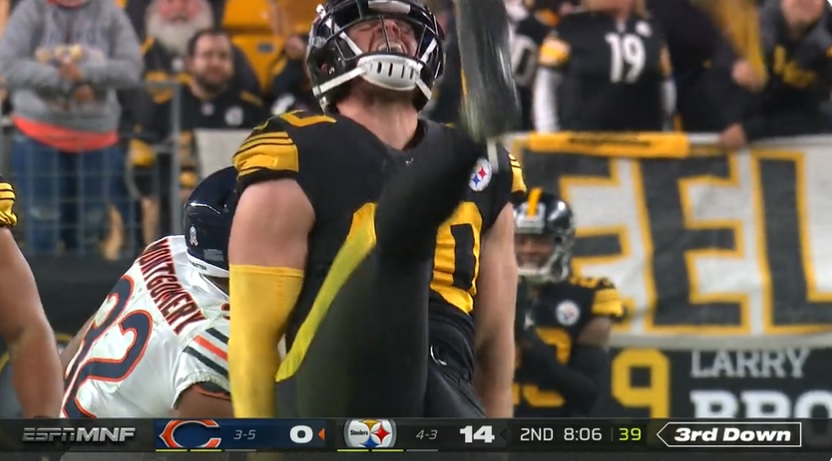 We won’t know until Thursday night whether or not T.J. Watt will be named the 2021 Defensive Player of the Year. But if NFL.com’s voting is any indication, he’ll take home the hardware. The site put together their own mock award show for NFL Honors and Watt easily won the DPOY voting.

Here’s how the final voting shaped up:

The site also had one voter explain their ballot. Jeffri Chadiha wrote:

“Watt tied Michael Strahan’s NFL single-season record for sacks with 22.5, and he actually missed two games. No defender was as disruptive this season as Watt.”

Watt had one of the most statistically productive seasons by a defender in history, tying Strahan’s official mark of 22.5 sacks (though a half-sack behind Al Baker’s unofficial mark of 23). He’s lost the DPOY award two years running to Stephon Gilmore and Donald but the consensus, in this voting and elsewhere, is 2021 will finally be Watt’s season.

In addition to the gaudy sack numbers, Watt also led the league with 21 tackles for loss, seven pass deflections, and five forced fumbles. Opposing offenses had to consistently gameplan around them, chipping with backs and tight ends, even if it meant taking away an option in the passing game.

Should Watt win the award Thursday, he’ll be the first Steeler to do so since Troy Polamalu in 2010. He’ll be one of just seven Steelers to ever win it, joining Joe Greene (who did so twice), Mel Blount, Jack Lambert, Rod Woodson, James Harrison, and Polamalu.

Others to win the mock award show include QB Aaron Rodgers for MVP, WR Cooper Kupp for Offensive Player of the Year, and Micah Parsons for Defensive Rookie of the year, the only unanimous selection.

NFL Honors will kick off Thursday at 9 PM/EST. It can be viewed on ABC and NFL Network.