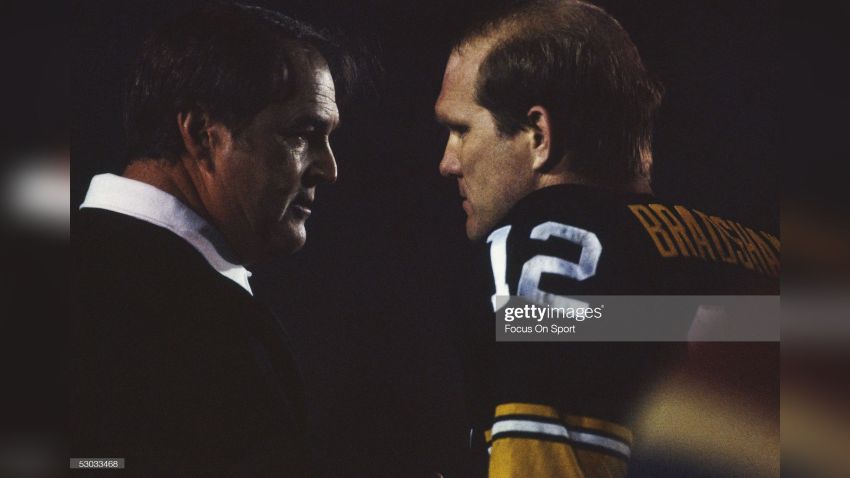 It is pretty infamously known, at least in the area, that former Pittsburgh Steelers quarterback Terry Bradshaw and head coach Chuck Noll did not get along very well. Their personalities clashes significantly, and while they ultimately prospered professionally, they perhaps both personally suffered for it. Their relationship certainly did. Bradshaw elected not to attend Noll’s funeral when he passed.

The former Pittsburgh Steelers quarterback is the subject of a new HBO documentary called Going Deep, which profiles a live show that he had recently undertaken, part of which involved him speaking candidly about his past. And he had a lot to say about his relationship with Noll. Andrew Limberg of 93.7 The Fan’s website has transcribed what was available in the preview of the documentary about Noll before it aired:

I wasn’t his kind of quarterback, and he wasn’t my kind of coach. Taking me out of the game, putting me back in a game would devastate me. Grab me, yell at me, devastated. Made me stand up in a chair while he chewed my ass out in front of the team. Destroyed me.

Bradshaw, when he retired, seemed to have little love for his football past, perhaps in no small part due to his experiences playing under Noll, although he also made clear that he always had love for the Rooney family, the founders and owners of the franchise.

He stayed away from Pittsburgh for a number of years after his retirement, and to this day, he admitted that he does not feel respected by the fan base the way many others embrace their former greats, as the Dallas Cowboys do for Roger Staubach, to give a comparison contemporary to Bradshaw’s time.

The fact that the Steelers ended up with Ben Roethlisberger down the road probably plays a factor in that to this day. Whenever there is a debate about who is the greatest quarterback in franchise history, it tends to be a landslide in favor of Big Ben, though not universally so.

Bradshaw has had a longstanding tendency to put his foot in his mouth from time to time. He prefers to live his life unfiltered, so far as he can, though at times he has to take a step back and take back or explain away something he’s said. But there’s no filtering his own story, which he’s now telling in more depth than he ever has before.