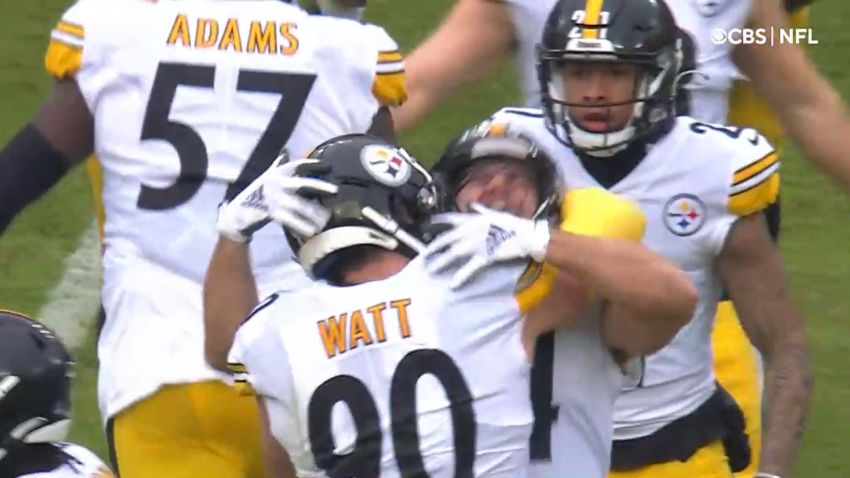 If you count yourself amongst the group of people who believe that special teams play can largely be discounted when it comes to building a team, then you might want to revisit how the postseason went. Even if you factor out field goals, which are obviously extremely important, punting and coverage units were an important part of the narrative of several playoff games this year.

Holding this opinion would also put you on the bad side of T.J. Watt, if that is of any concern to you, who has learned just how important special teams is, and how much goes into it, over the past two seasons by watching his brother, Derek Watt, with the Pittsburgh Steelers.

“I hate that special teams gets overlooked as much as it does”, he recently said on the Pardon My Take podcast. “The amount that he puts in to special teams and the amount of pride that he takes is something that I didn’t have an appreciation for until he got here. I didn’t know how much he truly put in to running down the field. And it’s hard to make those tackles in open field”.

T.J., of course, played on special teams once upon a time, as nearly all mobile rookies who actually dress for games pretty much have to do. He played 164 snaps on special teams in 2017, split up between kick and punt coverage and on the field goal blocking unit.

“I was on punt team my rookie year and I got hurt my second game. I hoped that they wouldn’t put me back on the punt team and they did anyway”, he recalled. “Those are hard plays to make, and he cares a whole lot about it. I just love watching him compete, and being able to see him up close and personal do what he does professionally is awesome”.

Watt only made three special teams tackles during his rookie season. Derek had 15 this past season for the Steelers as their special teams captain. The 2020 season was a down year for him, his first in Pittsburgh, due to a series of injuries, but it was his performance on special teams with the Chargers that got him here in the first place. He also had 15 tackles in 2019.

According to Rick Gosselin, the Steelers ranked 17th overall in special teams last season, by his own measures. A large part of that was Chris Boswell, who gave the Steelers the second-most field goal makes (tied) in the league. Their two blocked kicks also helped (hat time to one Mr. Miles Killebrew, who had both).

Pittsburgh lost some important special teams players over the past several years like Tyler Matakevich, Jordan Dangerfield, Vince Williams, and Darrius Heyward-Bey. They’ve had to find new contributors, with Watt and Killebrew being among them. You overlook restocking your special teams roster at your own peril, or else you end up like Washington, who had six kicks blocked last season.