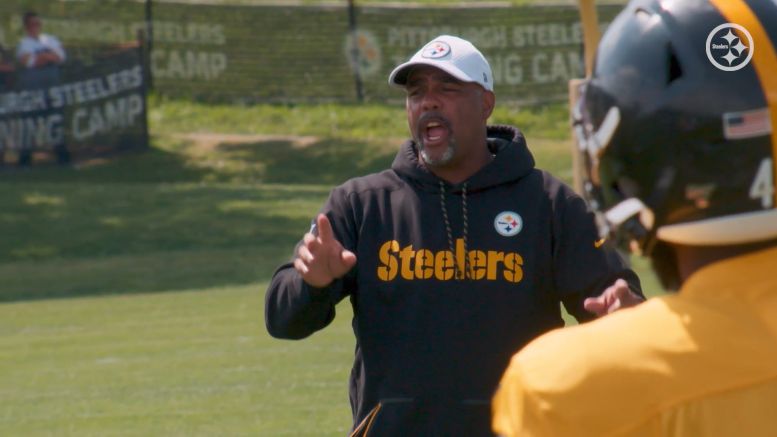 We have named Teryl Austin as our defensive coordinator.

It’s a move that’s long been expected, and frankly, is surprising to see take this long to become official. Pittsburgh interviewed three outside names, but Austin has always been suspected to be the favorite to replace Butler. The team also interviewed and/or requested interviews with Patrick Graham, Joe Whitt Jr., and Kris Richard.

This marks the second straight internal promotion as Steelers’ DC. Keith Butler went from LBs coach to DC in 2015, with Austin replacing him internally now. The last outside hire for the position came with Dick LeBeau in 2004, though LeBeau had coached with the team in the 90s.

Austin was hired by the Steelers in 2019 as a defensive assistant, primarily working with the secondary and helping Mike Tomlin with in-game decisions. He has twice been a defensive coordinator, first with Detroit followed by half-a-season with the Cincinnati Bengals. Austin has been coaching in the NFL since 2003 when he broke into the league as the Seattle Seahawks’ defensive backs coach. His coaching career traces all the way back to 1991, when he served as a grad assistant for Penn State.

A Western Pennsylvania native from Sharon who played his college ball at Pitt, Austin isn’t believed to have playcalling duties, a job held by Tomlin, but will be an important piece in formulating the Steelers’ weekly gameplan.

Though Austin had worked closely with the DBs, Grady Brown is the team’s official secondary coach, and figures to remain in that role for 2022.

Check out an article we put together when he was first hired that emphasized some of Austin’s key coaching points, including body language, turnovers, and scheme simplicity.