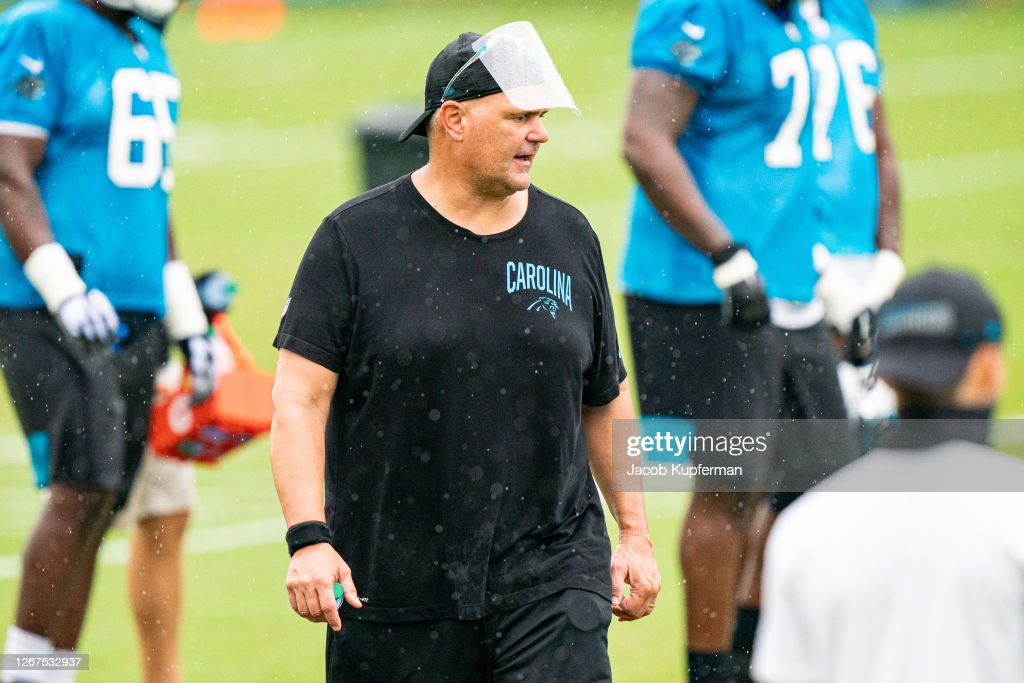 The Pittsburgh Steelers have named Pat Meyer to be their next offensive line coach, the team announced in a press release and tweet moments ago.

We have named Pat Meyer as our offensive line coach.

Meyer had most recently spent the last two seasons as the Carolina Panthers’ O-line coach. He joins WRs coach Frisman Jackson as ex-Panthers coaches to come over to Pittsburgh.

Meyer, 49, also served as the Los Angeles Chargers’ O-line coach from 2017 to 2019. He broke into the NFL in 2013 as an assistant O-line coach for the Chicago Bears. Other notable jobs include serving as an assistant with the Buffalo Bills from 2015 to 2016 and as the CFL Montreal Alouette’s offensive coordinator for the 2012 season. Meyer played football as a lineman at Colorado State and had brief cups of coffee in the NFL and AFL from 1995 to 1996.

While there is no obvious connection to Mike Tomlin, Meyer’s first coaching job came at Memphis in 1997 as a grad assistant. Tomlin spent the 1996 season at Memphis.

Meyer replaces Adrian Klemm, who left for the Oregon job before the Steelers’ season ended. Chris Morgan was named interim offensive line coach but left for the Chicago Bears’ gig earlier in the offseason. It’s unknown, though likely, the team hires an assistant offensive line at a later date. The team has had two offensive line coaches for roughly a decade when Mike Munchak and Shaun Sarrett began working together.