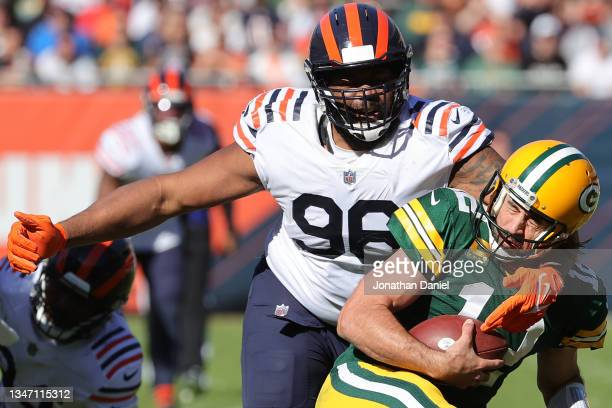 With the Super Bowl two weeks ago fading into our memories, the NFL offseason is upon us, with the NFL Scouting Combine only a week away. After that comes the free agency foray, where teams love to splurge big dollars to try and pursue the elusive Lombardi Trophy. Pittsburgh has long been a team that prefers building from it’s own resources via strong draft picks. The front office seems to enjoys standing pat during this shopping spree, sitting back and watching other teams spend, sometimes foolishly.

However, this offseason, the team is facing plenty of uncertainty, and not just who will be under center. The offensive and defensive lines were both a problem area last season, but the defensive line is one that, in my eyes, needs the most fortifying if the team hopes to compete next season.

With roughly $30 million in available cap space at the moment, the team could free up another $15 million or so simply by cutting tackle Zach Banner and inside linebacker Joe Schobert. The team’s pass rush was once again tops in the league, producing 55 sacks. However, their run defense was absolutely abysmal, and many will point to key injuries by nose tackle Tyson Alualu and defensive end Stephon Tuitt as contributing factors.

For a team as storied as the Steelers who have long been known for their punishing brand of football, this hit home for me in the team’s Thursday night loss to the Minnesota Vikings. Their Pro Bowl running back Dalvin Cook gutted Pittsburgh to the tune of 206 yards and 2 touchdowns, ripping off massive chunk gains into the teeth of the defense. Growing up and watching Kimo von Oelhoffen, Casey Hampton and Aaron Smith form an impenetrable wall on the ground was the type of defense Pittsburgh was known league-wide for. This was like night and day compared to the run defense the team displayed on that particular night, and most of the season, ranking dead last in the league.

One name who could be able to help the team in this regard is Chicago Bears’ free agent defensive tackle Akiem Hicks. At 6-feet-4 and 335 pounds, the 2018 Pro Bowler provides the type of big body that the team frequently employs at the 0-technique, but also has tremendous versatility in being able to also play the 5-technique. So, he’s not just a big body that you plant in the middle of the defense, as he possesses some pass rush juice as well, with 40.5 career sacks and 7+ sacks in the 2016-2018 seasons.

The current defense has playmakers at every level, so asking Hicks to come in and assimilate himself should provide a tremendous boost to not only the run defense, but the pass rush as well. With the jury still out on Tuitt’s return to the team, this seems like a no-brainer insurance policy signing, and one that shouldn’t cause the team to break the bank. Also, it’s worth noting that the team had Hicks in for a pre-draft visit prior to the 2012 NFL Draft, so the interest was there then. It’ll be interesting to see if it’s there now. Let me know your comments below.