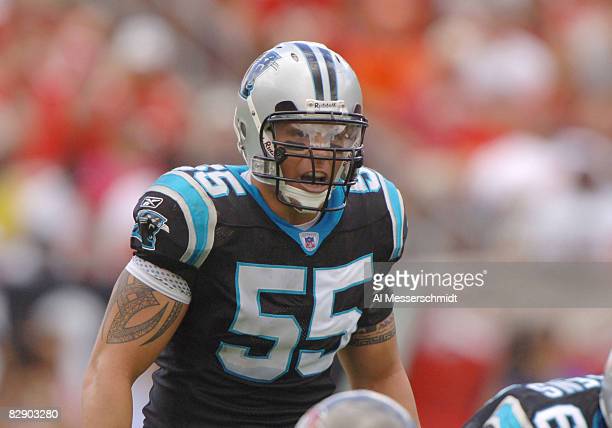 On Friday, the team tweeted out a list of names they interviewed for their future GM position over the past two weeks. Three of those names had already been reported upon: Green Bay’s John Wojciechowski, Indianapolis’ Morocco Brown, and Tampa Bay’s John Spytek.

But the team also announced a fourth name to the list, one that may be familiar to fans, Carolina Panthers’ assistant general manager Dan Morgan.

Morgan, 43, is a native of Clifton Heights in eastern Pennsylvania. A first round pick of the Carolina Panthers in 2001, Morgan was a productive linebacker, recording 390 tackles over his seven-year career. He made the 2004 Pro Bowl. His career would’ve been even better had it not been for multiple injuries, never playing more than 13 games in a season.

Morgan broke into NFL front offices in 2018 when he was hired by the Buffalo Bills as their director of player personnel. Carolina hired him to be their assistant general manager in May of last year.

Pittsburgh and Carolina have always had close ties organizationally, including playing their final preseason game against each other. The Panthers are now owned by David Tepper who was previously a minority owner of the Steelers. Tepper has hired key Steelers’ front office members like Samir Suleiman while the Steelers have spent this offseason hiring former Panthers’ coaches.

Whoever is hired as next GM will replace Kevin Colbert following this April’s draft.