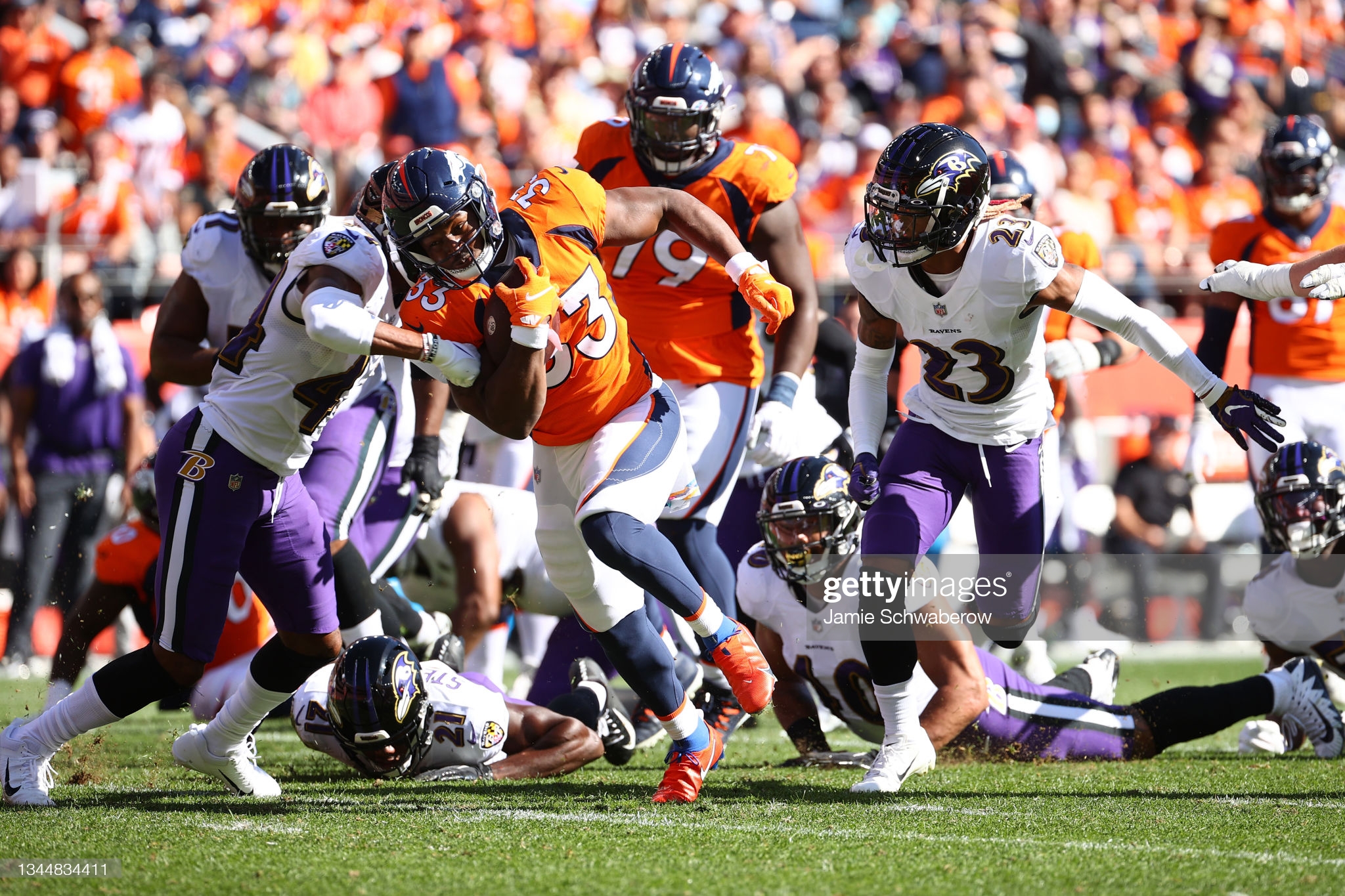 If everyone could draft with a crystal ball, we’d all look pretty smart. Instead, we can only look into the past, not the future, with things like yearly redrafts. ESPN put out their own version, re-selecting the 2021 class with a year to watch those guys play. And the Pittsburgh Steelers’ selections looked a little different.

Still, some things remained the same. For her selection at #24 overall, Brooke Pryor had the Steelers sticking with a RB. But with Najee Harris off the board, taken #16 overall to Arizona in this redraft, she turned to North Carolina’s Javonte Williams, writing:

“After the way the 2021 season played out, it’s clear the Steelers needed to address the offensive line in addition to adding a top-tier running back to fix the run game. But at the No. 25 overall selection, Harris is already off the board and the premium offensive line help — such as center Creed Humphrey — is also gone. Because of that, it makes the most sense to add a running back and address the line with a later pick. Williams had a standout rookie year with 903 rushing yards, four rushing touchdowns and three receiving touchdowns. Harris is still the best running back in the class, but Williams showed capabilities of being a close second.”

As she noted, some of the top offensive linemen, like center Creed Humphrey, were also unavailable. He was taken four spots ahead at pick #20 to the Chicago Bears. Williams had a good rookie year for the Denver Broncos, splitting time with Melvin Gordon and rushing for 903 yards and 4.4 yards per carry with seven total touchdowns. The next offensive lineman taken in this redraft came in the second round with OG Trey Smith, who fell in the draft for medical concerns but had an awesome rookie year for the Chiefs as they successfully rebuilt their O-line.

In the second round, the Steelers focused on their run game and offensive line by selecting North Dakota State OT Dillon Radunz at #55. Explaining the pick, Pryor writes:

“The Steelers’ offensive line needed the most help in the 2021 season, and Radunz would’ve competed for a starting outside job on either side of the line and been a versatile sixth man — all necessities with Zach Banner never returning to form after his 2020 ACL tear. The Steelers’ biggest position of need on the line is still at center, but at this point in the re-draft, the premium talent is gone and aren’t any great mid-tier center who should go this high.”

Pittsburgh’s actual selection was TE Pat Freiermuth. But in this redraft, he was long gone, taken at the top of the second round, 33rd overall to the Jacksonville Jaguars. In reality, Radunz was taken 53rd overall to the Tennessee Titans, but struggled to find his footing as a rookie making the jump from FCS play. He started just one game this season and logged only 124 total offensive snaps. Radunz seems like a less-than-ideal pick, though choosing an offensive lineman is understandable.

In the redraft at-large, QB Trevor Lawrence remained the top pick in the draft to the Jacksonville Jaguars. The top three picks, all quarterbacks, remained the same: Trevor Lawrence, Zach Wilson, and Trey Lance. The fourth pick saw the first change, the Atlanta Falcons switching from TE Kyle Pitts to LB Micah Parsons. Again, check out the whole redraft here.