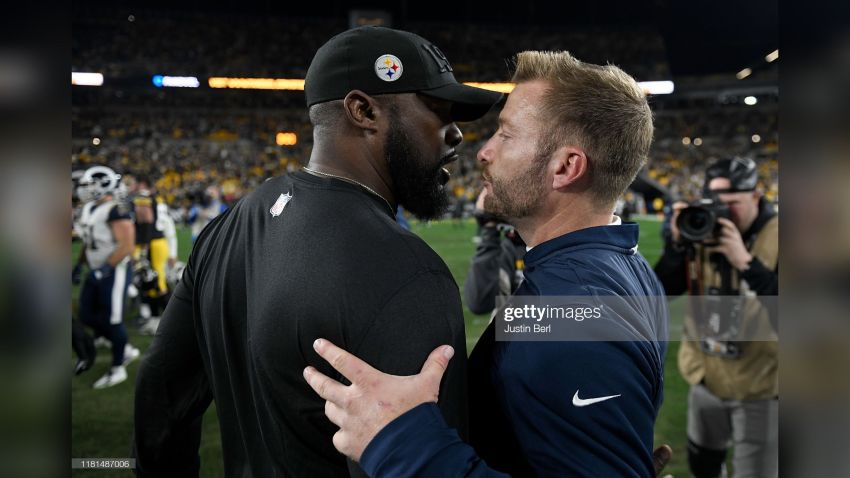 The Pittsburgh Steelers became the first franchise in NFL history to win six Super Bowl titles at the end of the 2008 season when they hoisted the Lombardi for the first, and thus far only, time under head coach Mike Tomlin. It would take another decade for the New England Patriots to tie that mark.

In reaching that sixth title for the Steelers, Tomlin also became the youngest head coach in NFL history to ever win a Super Bowl, just shy of the age of 37, a bit younger than Jon Gruden was when he took over the Tampa Bay Buccaneers in 2002—with Tomlin on his staff.

As of last night, that record, such as it is, no longer stands, either, as that distinction now belongs to Sean McVay of the Los Angeles Rams, who captured his first Lombardi with a win over the Cincinnati Bengals, on his second try. McVay was 36 years and 20 days old as of last night. Tomlin was 36 years and 323 days old the night he won in the 2008 season.

Of course, 14 years later, Tomlin is knocking on the door of 50, the number he will hit on March 15, a month and a day from now. Since that Super Bowl win, he has reached the postseason eight more times, winning the division five times, but with a 5-8 record in the postseason. Most of those wins came in 2010.

Just two years after Tomlin’s Super Bowl victory, he led the Steelers back to the title game, but they came up short against Aaron Rodgers and the Green Bay Packers. His postseason record at that point was 5-2; since then, beginning in 2011, he is 3-7, with a four-game losing streak going back to an appearance in the AFC Championship Game in 2016.

As for McVay, he has a 55-26 record in the regular season through five years with the Rams. He is now 8-3 in the postseason, matching Tomlin’s playoff win total in 10 fewer seasons, with the same number of Super Bowl appearances and Super Bowl titles, matching his career accomplishments by the time Tomlin won his first title, in terms of age—though three seasons deeper into his tenure as head coach.

That is, perhaps, a reminder about how difficult it is to sustain success. While the Rams are basking in the glow of a championship right now, it’s hard to say what the future will hold. Having Matthew Stafford at quarterback will help them stay competitive, but this offseason will be a trying one.

McVay has been viewed as something of a wunderkind for several years now, such that other NFL teams have taken to headhunting his assistants. That includes three who are currently head coaches in the NFL, among them Zac Taylor, whom he just beat last night as head coach of the Cincinnati Bengals. The others are Matt LaFleur, who has also been very successful in his young coaching career, and Brandon Staley, who had the Los Angeles Chargers competitive this season, though some would argue that he ended up outsmarting himself.

McVay isn’t just the youngest head coach in NFL history to win a Super Bowl, however; he is also currently the youngest coach in the NFL. Right now, there isn’t even anybody in the league who could qualify to unseat McVay, who was 31 when he was first named head coach in 2017.