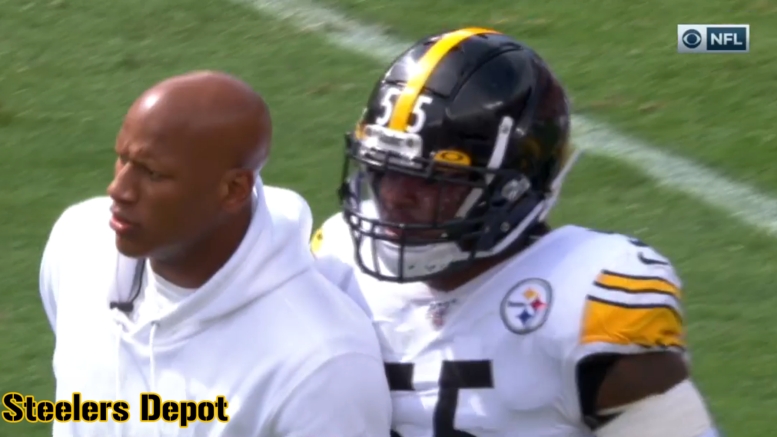 Arguably one of the biggest mysteries in the Pittsburgh Steelers’ immediate future is what will become of Devin Bush. I say arguably, because many people have simply already written him off entirely. One of his predecessors, however, still believes there’s a path forward for him, one that he himself took.

I’m talking about Ryan Shazier, who was a two-time Pro Bowler before suffering a career-ending spinal injury. Bush was effectively drafted to function in the same role as Shazier, but he hasn’t lived up to those lofty standards, and Shazier doesn’t think it’s just about him coming off of an ACL injury.

“Devin doesn’t look like he’s 100 percent healthy like when he was when he was a rookie”, Shazier recently said on the Poni and Mueller Show on 93.7 The Fan. “Obviously when you have knee problems, and I went through a bunch of them, you don’t feel as confident. When you’re not feeling as confident that you can make some of the plays that you made before, it kind of makes you second guess sometimes, or make you antsy”.

But he had some advice for Bush to help him become less reliant on his athleticism: get your butt in the film room. “I think if Devin started to dedicate a lot of time to that, then his game will understand that I don’t have to use my athletic ability as much as I had to use it before”, he said.

He related a story about going into his third season, and how he would notice Mike Mitchell and William Gay in the film room before practice, at 8 a.m., watching coverage plays. He asked Mitchell if they could watch some run defense tape, to which he responded, get here earlier and you can watch whatever you want—said in a friendly gesture to make the point for the need to dedicate time in the film room. So he got there a half hour earlier, but he wasn’t satisfied.

“Instead of going at 7:30, I got there at 7. And I was like, ‘Man, I’m still missing some stuff’. So then I just jumped it and started watching film at 6”, Shazier continued. “So I watched two hours worth of film before the average guy gets in the building, every single day”.

“By the time I would play somebody, I’ve seen this play so much, it was almost like it was second nature to me, and I feel like that’s how I made that jump, because I was able to just start noticing plays because I was so familiar with them”.

There was a very noticeable difference in Shazier’s instinctual play moving from his first two years to his second two. Particularly in coverage. In 25 games in 2017 and 2017, he intercepted six passes and recorded 20 passes defensed. And he had another two interceptions in three postseason games played during that time.

There’s no denying that Bush wasn’t fully 100 percent back to his former self from a physical standpoint. Likely, there was a significant mental component in his game that prevented him from performing at the highest level he is capable of achieving.

But you don’t need to be an elite athlete to be a great player, and you can regain your mental discipline through the knowledge that comes through training yourself to study—to study the playbook, and especially to study film.

Now, is watching two more hours of film a day magically going to turn Bush into the next Shazier, the way we were all hoping he would be? Of course not. But if he is really serious about turning his career around, there’s certainly worse advice he could be taking.