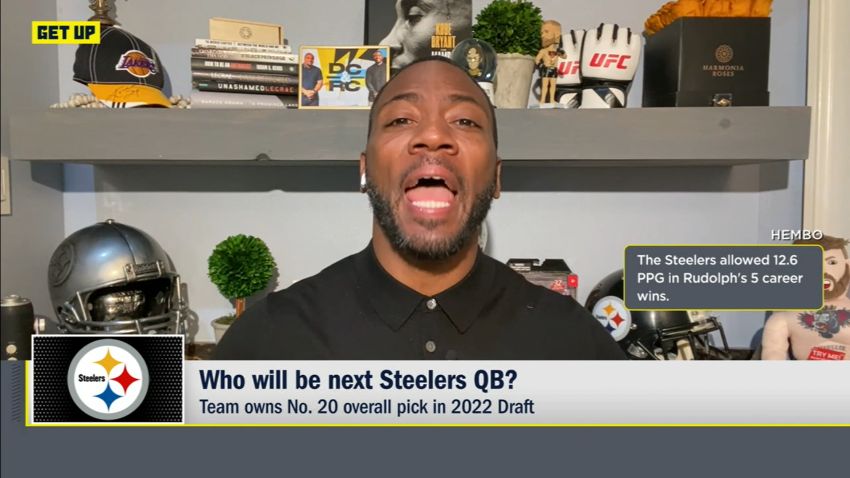 If you were actively following the Pittsburgh Steelers in the mid-2000s into the early 2010s, then you probably knew that starting free safety Ryan Clark was going to have a second career in the media. He has taken that job and run with it, and as you might imagine, he often uses that as a platform to comment on his former team.

Most recently, he uses his bully pulpit to levy criticism upon the organization, at least pre-emptively, in the event that they actually move forward into the 2022 season with fifth-year quarterback Mason Rudolph as their starter. There is still plenty of offseason left, but that didn’t stop Clark from issuing some strong words on ESPN.

Mason Rudolph, no doubt, is 5-4-1 as a starter. The defense also averaged giving up only 13 points in the five games that they won. Which means, if a team scores more than 13 points when Mason Rudolph is the quarterback, you’re gonna lose.

This is not a situation where I want to bash Mason Rudolph, but we have to look at the film and realize what the film says. This isn’t a guy that can beat Lamar Jackson. This isn’t a guy that can beat Joe Burrow. And he certainly can’t compete with the Patrick Mahomeses, Josh Allens, and Justin Herberts of the world. So if this is what the Pittsburgh Steelers are doing, they’re saying that in 2022, we do not want to win a championship.

The Steelers acknowledged back in 2018 that they had a similar grade on Rudolph as they did on the quarterbacks who were drafted in the first round that year, which includes Allen and Jackson. Unless they had third-round grades on all of them, however, they were clearly wrong.

Rudolph’s most extensive playing time by far came during the 2019 season after Ben Roethlisberger tore up his elbow, missing 14 games. He started most of the year, but was also benched for a stretch in favor of undrafted rookie Devlin Hodges.

He has started two games since then, losing one and tying in the other. Over the past two years, he has completed 60 of 101 pass attempts for 601 yards with three touchdowns and two interceptions. He is the only quarterback currently under contract, though they intend to retain Dwayne Haskins.

The Steelers claim to remain open to all possibilities in addressing the quarterback situation this offseason, either via free agency or the draft, or even through trade. It’s hard to gauge exactly how ambitious they’re willing to be, however. General manager Kevin Colbert’s recent support for Rudolph as a potential starter for them in 2022 hasn’t helped, resulting in feedback such as that from Clark.