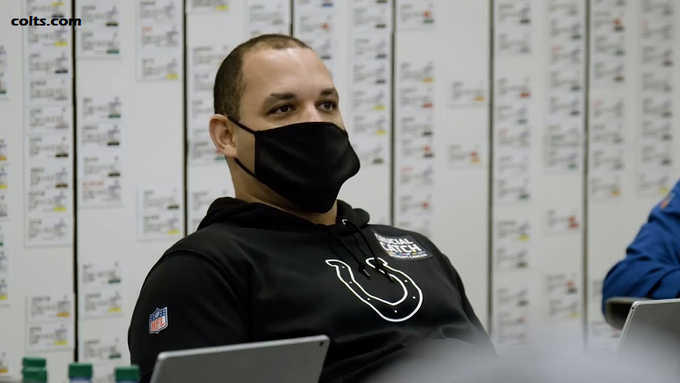 The expectation remains that one of Khan or Hunt will be promoted, though both could ultimately share the role in Pittsburgh. It is curious though that the Steelers continue to do their due diligence and look elsewhere.

While in Indianapolis, Brown has had a key role in building a talented roster through the draft under Colts’ GM Chris Ballard. Brown has had a hand in the selections of All-Pro linebacker Darius Leonard, All-Pro guard Quenton Nelson, running back Nyheim Hines, and Pro Bowl right tackle Braden Smith.

Plus, he’s a wordsmith when it comes to describing players.

Prior to his work as a front office executive, Brown attended North Carolina State, where he where he was a team captain as a senior, was a two-time Honorable Mention All-ACC linebacker, and is the only player in school history to lead the team in tackles three consecutive seasons.

Following his four years with the Wolfpack, Brown signed with the Pittsburgh Steelers as an undrafted free agent in 1999. He was ultimately released by the Steelers and Bill Cowher in final cuts after training camp. Brown then went on to play briefly in the CFL with the Saskatchewan Roughriders before deciding to hang up the pads due to recurring neck injuries.