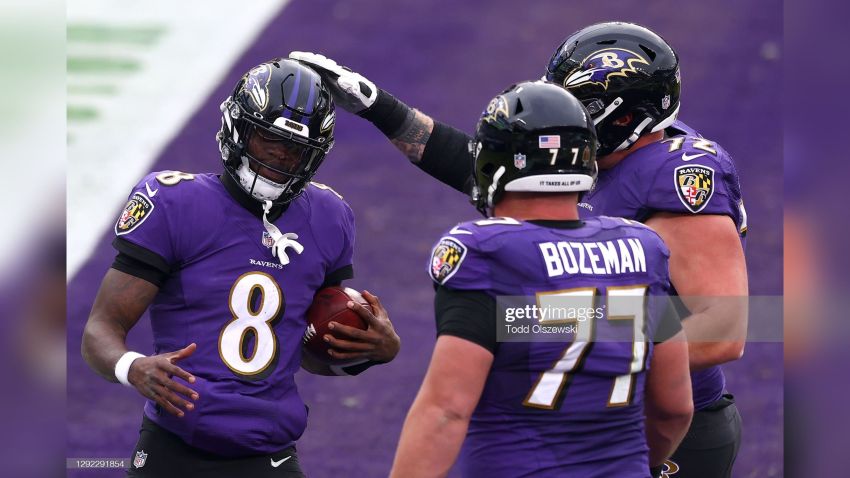 It wasn’t so long ago that the offensive line play in the AFC North nearly across the board was among the best in the NFL. The Pittsburgh Steelers, the Cincinnati Bengals, and the Baltimore Ravens all had plus lines, and even the Cleveland Browns had some solid lines for years, with Joe Thomas at the root of it all.

Entering the 2022 offseason, only the Browns at this point can really claim to have a good line in the division. The Steelers are certainly looking for upgrades, but they’re not the only ones, as the Bengals and the Ravens are also in the same boat.

“For us to be the very best offense we can be, we have to have a strong, commanding offensive line that can control people at the point of attack”, Ravens general manager Eric DeCosta told reporters earlier this offseason.

Simply getting healthy will help them out, potentially, quite a lot. Their former Pro Bowl left tackle, Ronnie Stanley, missed nearly all of last season, and really, most of the last two years. They signed the injured Ja’Wuan James last year knowing that he likely wouldn’t be healthy until 2022, so if those are your starting tackles, you’re in decent shape there.

“You win and lose in the trenches, and that’s where it starts”, head coach John Harbaugh said. “No skill player can do anything without the lines in front of them doing that work. So, to me, and in our offense especially, it’s just critically important that we have a really good offensive line”.

Baltimore did add veteran guard Kevin Zeitler in free agency last year, who solidified the right guard position, though he is starting to get long in the tooth (he was drafted in the same class as David DeCastro, after all, who seemingly has informally retired).

Bradley Bozeman last year was moved from guard to center in a move that had long been an option. He played well enough, though his snap consistency still needs work. The thing is, he is also going to be a free agent, and, well, historically, teams like signing the Ravens’ linemen.

Left guard is still a hole, even though they have had numerous options, with the latest being Ben Cleveland. He was only a rookie last season, however, so he could certainly continue to grow. I still think that Tyre Phillips could be the answer for them there if he can stay healthy—which he hasn’t been able to.

As far as perception of the offensive line goes, the fact that their top three running backs missed the entire season last year certainly did not help. Don’t think for a second that getting J.K. Dobbins and Gus Edwards back in the backfield won’t make this same group look better than Latavius Murray and Devonta Freeman did last year. Then, if you get your tackles healthy, you might be right back where you were two and three years ago.