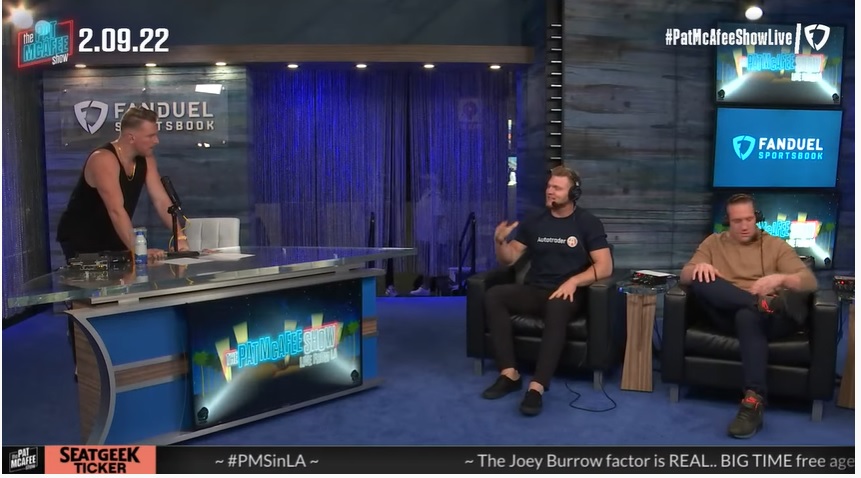 The potential top pick in the 2022 NFL Draft, University of Michigan’s Aidan Hutchinson certainly looks the part. Standing 6’6” and weighing 265 pounds with tree limbs for arms, he is the prototypical 4-3 defensive end in the modern game. After re-writing the single season sacks record for the Wolverines this past season with 14, Hutchinson could be as good a pass rusher as we’ve seen entering the draft in the past few years.

He was also on a short list for the Heisman Trophy, and became only the fourth defensive player in college football history to land in the top two of the Heisman voting, finishing second to winner, quarterback Bryce Young of Alabama.

When making the jump up in competition from college to pro, the player comparisons at respective positions are inevitable. Both Watt and Hutchinson played at Big Ten powers Wisconsin and Michigan, respectively. Both are record-setting sack artists. And both possess that relentless motor of which all great pass rushers possess. Hutchinson was a guest this past week on The Pat McAfee Show and he wasn’t shy about a particular player he’s been watching a lot of film on.

“I watch a lot of pro football, I watch a lot of T.J., I mean you’ve gotta watch T.J.,” Hutchinson replied when pressed by McAfee on whose film he watches most. “He’s the best in the business.”

McAfee even jokingly said “You kinda look like a Watt,” and called him “Hutchinson Watt.”

The freshly minted 2021 AP Defensive Player of the Year is a great measuring stick when it comes to younger players trying to emulate their game after. “Everyone will compare him to T.J. Watt and the Bosas, those are fair comparisons,” an AFC executive told Albert Breer of Sports Illustrated. “He’s got really good hands, can bend and can win through contact. There lots of guys in college that are just speed-rush guys. He can win through contact.”

Much like Watt, Hutchinson is a film room junkie, and has noted a big difference in the pro game is the way a lot of quarterbacks hold onto the ball longer. “I look at that, I’m licking my chops because you go to college you get so many RPOs, balls out like that. And you get to the quarterback, no sack, no nothing. I think when I get to the NFL, I’m gonna to light it up. I’m going to do what I do and that’s rushing the passer, getting sacks.”

The idea of Watt and Hutchinson on the same defense is a thought that would give each and every defensive coordinator absolute nightmares, but with less picks than usual in this draft, the likelihood of the team trading up is probably on par with the odds of getting hit by lightning. However, it’s very evident his strong affinity for one of our own, who’s currently on a pace that will end in Canton, OH.

“T.J., Bosas, I mean all of those dudes who are so big names, and I mean, you watch the film, they’re a big name for a reason.”