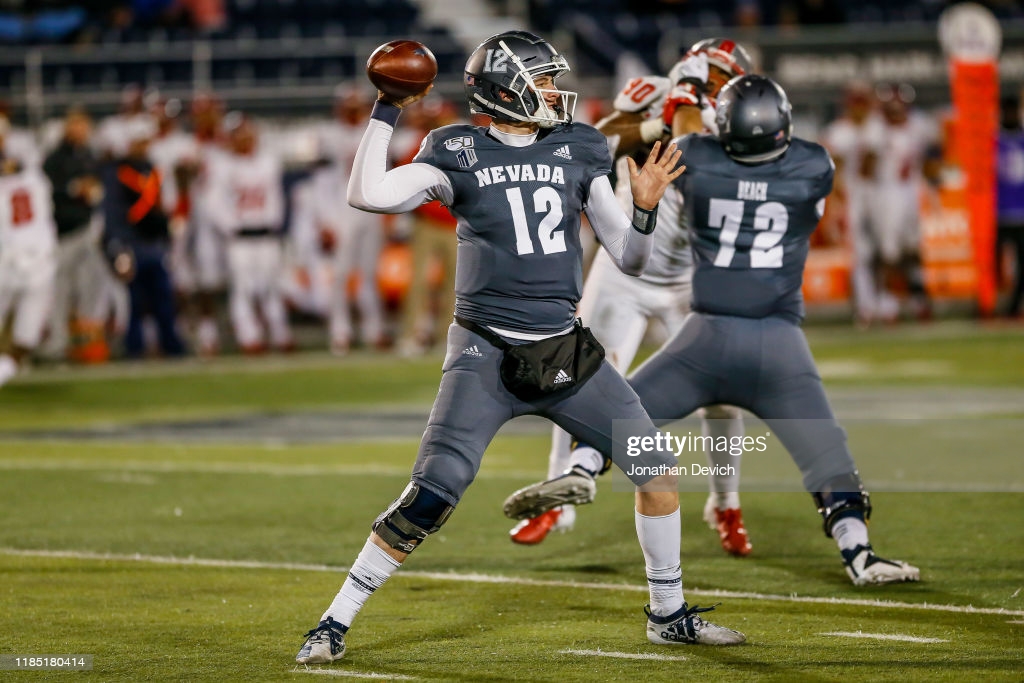 At this point in the offseason cycle, it’s quite clear that the Pittsburgh Steelers and quarterbacks are going to be mentioned ad nauseam from now until the 2022 NFL Draft.

While the Steelers could go the free agency or trade market route to address the quarterback position, the likely scenario is that Pittsburgh and outgoing General Manager Kevin Colbert wait until late April to address the quarterback position in the NFL Draft, whether that is in the first round with a trade up or sitting tight at No. 20 overall, or grabbing the best available early on Day 2.

There are plenty of scenarios in play for the Steelers at quarterback in the NFL Draft, according to Pro Football Focus, which listed a pair of signal callers as the Steelers’ best early-round and late-round fits in the draft class.

Surprisingly, it wasn’t Liberty’s Malik Willis that was listed as the Steelers’ best early-round fit by PFF. Instead, it was Pittsburgh’s Kenny Pickett, who started five seasons for the Panthers and shared the same facility with the Steelers throughout the years, allowing the Steelers to get the best look at him possible on a day-to-day basis.

As for the best late-round fit for the Steelers, PFF tabbed Nevada’s Carson Strong for Pittsburgh, showing once again that everyone knows how important the quarterback position is in today’s NFL, and just how desperate the Steelers should be to find the next guy

“While sometimes a quarterback’s ability to handle the elements gets overemphasized come draft time, both Pickett and Strong have the kind of frames and arms you’d expect to hold up in Pittsburgh,” PFF’s Michael Renner writes. “That said, projecting which quarterbacks will be available by the time the Steelers are on the clock is a crapshoot with this mixed-bag quarterback class.”

Previously, Pro Football Focus wrote that the best case scenario for the Steelers in the draft was landing Willis without having to trade up for him. Currently, Pro Football Focus has Pickett ranked as its QB4 in the 2022 NFL Draft class and Strong as QB5, landing behind the likes of UNC’s Sam Howell at No. 1, Cincinnati’s Desmond Ridder at No. 2, and Ole Miss’s Matt Corral at No. 3. Willis, for what it’s worth, is listed as QB6 by PFF.

With Pickett, the issues will be the hand size and the late bloom that he had in college as a fifth-year senior. Was his Heisman Trophy finalist season a mirage, or is this who Pickett is moving forward? That’s a tough thing to gamble on in the first round, especially when paired with his historically small hand size, though he did thrive in Pittsburgh weather for five years with small hands wearing gloves.

As for Strong, the question is all about the health of his knee. For my money, he’s the best pure passer in the draft class, but due to his knee issues at Nevada — which hindered his mobility — Strong should drop to Day 2.  While he doesn’t fit the mobility mold Steelers’ head coach Mike Tomlin consistently refers to, he’d be able to elevate the passing game with his arm, ability to throw with touch and accuracy, not to mention his anticipation for the position.

.@thorku and @crissy_froyd each make the case for who they currently believe is the top QB in the class. 📈

Have thoughts on who the best early-round and late-round fits would be for the Steelers at the quarterback position? Let us know in the comments section.