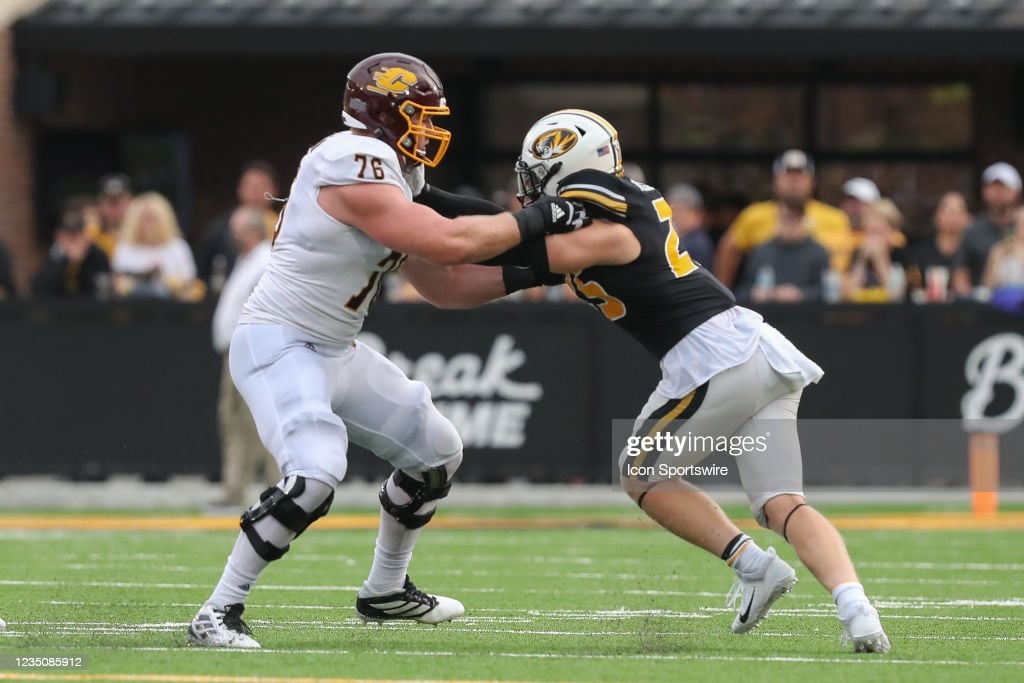 Every year mock drafts can become monotonous, especially around this time of year, where we’ve already seen hundreds and hundreds of mocks landing the same few players in each one for your favorite team.

That’s already happened for the Steelers since the season came to a sad halt on January 16, but thanks to NFL.com’s Cynthia Frelund, she’s changing things up a bit when it comes to mock drafts. Instead of doing what’s best for each franchise long term in her first-round mock, Frelund takes a unique approach, going with picks that help each team win now.

Knowing that, it shouldn’t be a surprise that Frelund doesn’t pair the Pittsburgh Steelers with a quarterback in her first mock, considering the Steelers aren’t a QB away from being true contenders. Instead, Frelund takes the route of building through the trenches, landing the Steelers a young, moldable piece of clay along the offensive line.

Bernhard Raimann was 13 the first time he even saw one of those “egg-shaped balls” being tossed about in Austria but he swiftly fell for American-style football.

The name should be familiar to many at this point in the draft process: Central Michigan offensive tackle Bernhard Raimann.

“The biggest strategic benefit would be to fill this spot in free agency,” Frelund writes. “But the highest win-share scenario for the Steelers is to add versatility to the O-line in the draft — especially with this developing talent, who has already flashed high upside and carries markers showing he can play both inside and outside. PFF shows Raimann only allowed 10 pressures on passing downs last season.”

A Steinbrunn, Austria native, Raimann will turn 25 early in his rookie season, but he’s a young 25, considering he’s still relatively new to the game and switched from tight end to tackle just two years ago.
While Raimann is an intriguing prospect overall, it was a bit surprising to see Frelund go that route for the Steelers, considering the likes of Iowa iOL Tyler Linderbaum was still on the board (went No. 26 to Tennessee in her mock), as was Northern Iowa OT Trevor Penning (No. 29 to the Miami Dolphins).
Both Linderbaum and Penning would offer a better fit the win-now mode in Frelund’s draft than Raimann, who is still raw and needs some seasoning.
Regardless, it’s clear that if the Steelers want to try and compete in 2022, they need to rebuild the offensive line — and fast — whether that’s through the draft or free agency, or both.