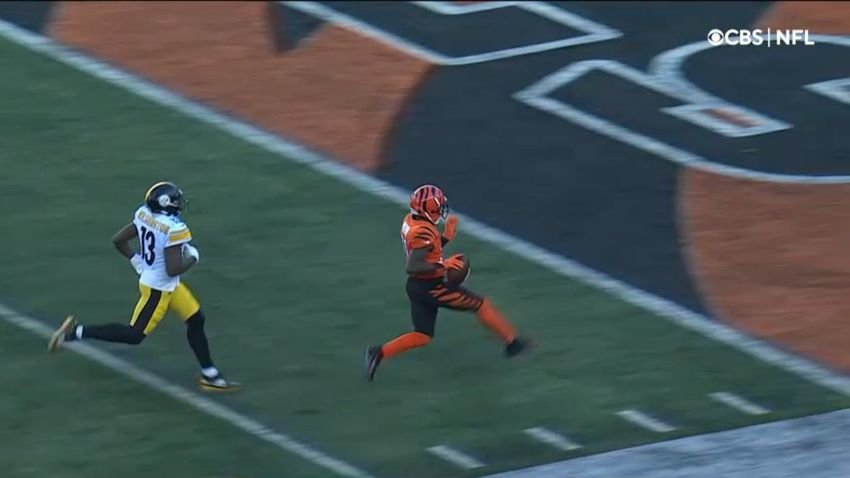 Adam Jones (Pacman as most people still know him as) isn’t the former Cincinnati Bengals player that Pittsburgh Steelers fans most enjoy hearing from. There is certainly some justification for that. But he was indisputably a crucial part of the AFC North during the first half of the previous decade, when the Bengals went to the playoffs five years in a row (something the Steelers haven’t done since 1992-1997).

And he was evidently significant enough to draw an interview for 93.7 The Fan’s Poni and Mueller Show recently, where he discussed Cincinnati’s Super Bowl appearance, their future, and the state of the AFC North. During the proceedings, they talked a bit about cornerback Mike Hilton, the former Steeler who signed with the Bengals in 2021 as an unrestricted free agent.

The fifth-year veteran played every game this year for Cincinnati, logging more than 800 snaps. He had a career-high 66 tackles with eight tackles for loss, though he uncharacteristically did not have a sack. He had two interceptions, one of which was a pick-six of Ben Roethlisberger, the first touchdown of his entire football history. He also has an interception and four passes defensed during their current postseason run.

Bengals owner Mike Brown has stepped out of character over the past two seasons and spent big during free agency, focusing particularly on the defensive side of the ball. Hilton was just one of numerous additions they have made in the secondary, which also includes Vonn Bell and Chidowbe Awuzie (and was supposed to include Trae Wayne, injuries keeping him from playing much the past two years.

The Steelers first signed Hilton to their practice squad during the 2016 regular season. He made the 53-man roster the following year and won the starting nickel job, a role he would retain for the next four years. He recorded 237 tackles during that time with 30 tackles for loss, 9.5 sacks, seven interceptions, 32 passes defensed, and three forced fumbles. He appeared in two postseason games in Pittsburgh, both losses.

He’s now 3-0 in the postseason in his first year in Cincinnati, and he has certainly had a hand in helping to turn their defense around. Of course, their offensive additions over the past two years have been pretty important, as well. But there’s no denying that Hilton has played a part in getting the Bengals to the Super Bowl this year, a place he’d never even sniffed in Pittsburgh.