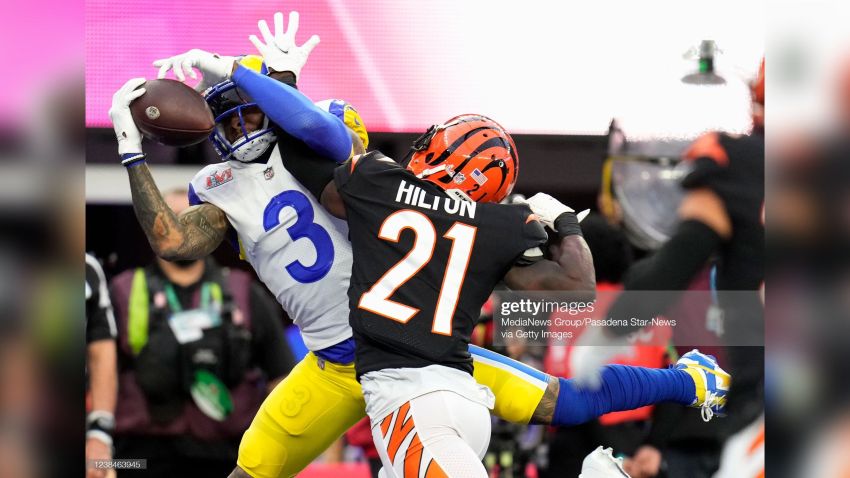 During his four years in Pittsburgh, former Steelers cornerback Mike Hilton, like everybody else who came aboard during that time, never got the opportunity to experience what a postseason victory felt. He signed with the Cincinnati Bengals this past offseason, a team that hadn’t won a postseason game in three decades, and made it all the way to the Super Bowl with them, playing a key role along the way.

While certain segments of Steelers fandom have grown sour on their earlier appreciation of Hilton, he remained the same player for the Bengals that he was for Pittsburgh, and helped revive a defense that needed some life. With the offensive turnaround, they went from 4-11-1 to 10-7 and won three playoff games. Despite coming up just short in the Super Bowl, Hilton remains confident in their future.

“This is just a stepping stone for us”, he said after Sunday’s loss. “Nobody expected us to be in this position and we knew with the guys and coaches that we have in the locker room that we can compete for years to come. It hurts but it’s going to stick in our minds and it’s going to bring us back stronger for next year”.

There probably were not many who actually picked the Bengals to win the AFC North in 2021, but there were certainly a number of people who felt that they could make the postseason, even though they had only won six games combined in the prior two seasons. Largely, the perceived strength of the division, led by the Baltimore Ravens, was seemingly the reason most held off on crowning them.

Still, the general feeling was that they were still at least a year or two away before they could really take off, so by any fair measure, I think it would be accurate to say that the Bengals outperformed expectations. Pretty much everybody knew that quarterback Joe Burrow and wide receiver Ja’Marr Chase would be the winning combination they’d already shown to be in college, but to go off like gangbusters as they did was something to see.

The revitalization of the defense with key additions over the past two years such as Trey Hendrickson, D.J. Reader, Hilton, Chidobe Awuzie, and Vonn Bell also cannot be overlooked, especially for an organization that had until recently been so thoroughly averse to being active high-market players in free agency.

Barring some spectacular collapse, it’s hard to see where Hilton is wrong. The Bengals feel like a team that really put it together this year, and put it together in a way that won’t easily come undone, especially with Burrow and Chase as the nucleus.

Their next task is to restock the offensive line after Burrow took a combined 70 sacks over 23 games. That is the only glaring weakness on this roster, and with their available resources, there’s nothing saying they can’t make significant strides in this area in just a single offseason. At least, after they take care of some key free agents, like Jessie Bates, C.J. Uzomah, and at least one of Larry Ogunjobi and B.J. Hill. Right tackle Riley Reiff is a free agent, but they could look for an upgrade here.