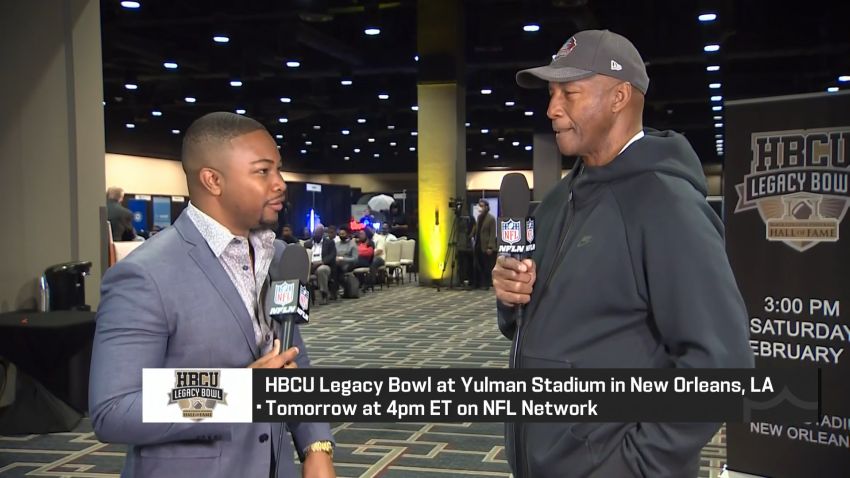 This afternoon will mark the inaugural edition of the HBCU Legacy Bowl, which will be broadcast on the NFL Network and will take place at 4 p.m. EST in New Orleans at Yulman Stadium. The game was first announced by the Black College Football Hall of Fame last year, and former Pittsburgh Steelers Hall of Famer and HBCU alumnus Mel Blount spoke to Cameron Wolfe yesterday about what he hopes the game can become.

“Even with a lot of African-American kids going to predominantly white schools, there’s still a lot of talent out there, and hopefully this will give these kids an opportunity to display their talents, and the scouts and personnel people can see that, hey, there’s still talent there to be looked at”, he said during an NFL Network segment.

HBCUs were indeed a critical pipeline for the NFL once upon a time, perhaps especially in the 1970s, and the Pittsburgh Steelers were the primary beneficiary of that talent pool thanks to the insights of Hall of Famer Bill Nunn.

During that decade, Nunn helped scout critical pieces of championship teams that he found at HBCUs, and into which he often had insights other teams did not, including Hall of Famers like the aforementioned Blount, and wide receiver John Stallworth and safety Donnie Shell. L.C. Greenwood and Ernie Holmes were some other prominent HBCU alumni on those Steelers’ teams of the 1970s.

Only one player has been drafted out of an HBCU over the past two years, that being 2020 seventh-round pick Lachavious Simmons by the Chicago Bears, coming out of Tennessee State. More than a dozen teams have representatives set to be in attendance for today’s game, however, and have been in Louisiana watching the practices during the week, getting a glimpse of players like Ezra Gray, James Houston, and Aqeel Glass.

The landscape of the game changed in many ways in the intervening years, however, and for multiple reasons, including greater inclusion, premium black talents stopped opting to go to HBCUs over offers from schools like Alabama and LSU. There has been a recent push by some prominent former players, many of them alumni of HBCUs, to try to attract that talent back to these schools.

In December, No. 1 overall recruit cornerback Travis Hunter chose to sign with Jackson State under Deion Sanders after having previously committed to Florida State. He became the first five-star recruit to sign on with an HBCU since ESPN began ranking them in 2006.

“When we were coming out, we came up during segregation. Schools weren’t integrated”, Blount recalled, himself a graduate of Southern University. “We wanted that opportunity to show that we could compete”.

“My message to kids is, ‘Hey, don’t sell yourself short’”, he said. “’You can be anything you want to be if you’re willing to work and pay the price and sacrifice and all the things we talk about and all the things that sports teach you. Go out there and display it, use it, and go for it, and get the things you want in life’”.