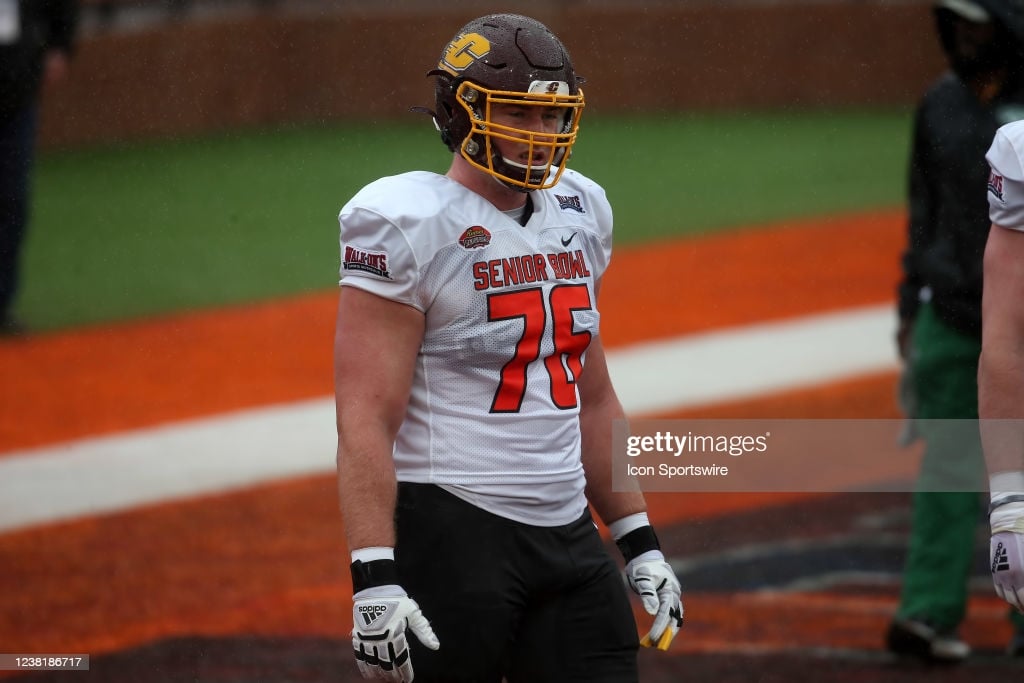 As the NFL calendar churns forward closer and closer to the 2022 NFL Draft in Las Vegas, more and more names become attached to the Pittsburgh Steelers in the various mock drafts that seem to land on the internet daily.

That was the case Monday over at Pro Football Focus as Seth Galina dropped his latest first-round mock draft. While he had some interesting landing spots in the top 10 for the big men in the trenches, he dropped a new name at No. 20 overall for the Steelers, one that they should be familiar with coming off of the Senior Bowl in Mobile, AL: Central Michigan offensive tackle Bernhard Raimann.

Galina has the big 6-foot-6, 304-pound tackle landing in Pittsburgh, giving the Steelers a young, raw tackle to mold for the second straight draft.

“The Steelers desperately need their offensive line to get better in a hurry no matter who is playing quarterback,” Galina writes. “Their tackle play has been awful, but hopefully, Raimann can change that. The big Austrian converted to tackle from tight end a few years ago but blossomed into one of the best in the country in 2021. His stock continues to skyrocket.”

Raimann switched to left tackle with the Chippewas in 2020 after starting his career at tight end with Central Michigan. He caught on rather quickly, starting all five games in 2020 and all 13 in 2021 before earning an invite to the Senior Bowl.

He moves rather well for the position and has some of his best days ahead of him at the position, especially after turning some heads in Mobile last week. He struggled with more refined pass rushers throughout his tape and in Mobile, but he’s a moldable ball of clay that could develop into a high-level tackle in the NFL, much in the same version Eagles’ right tackle Lane Johnson has developed into after being a quarterback early on in his career.