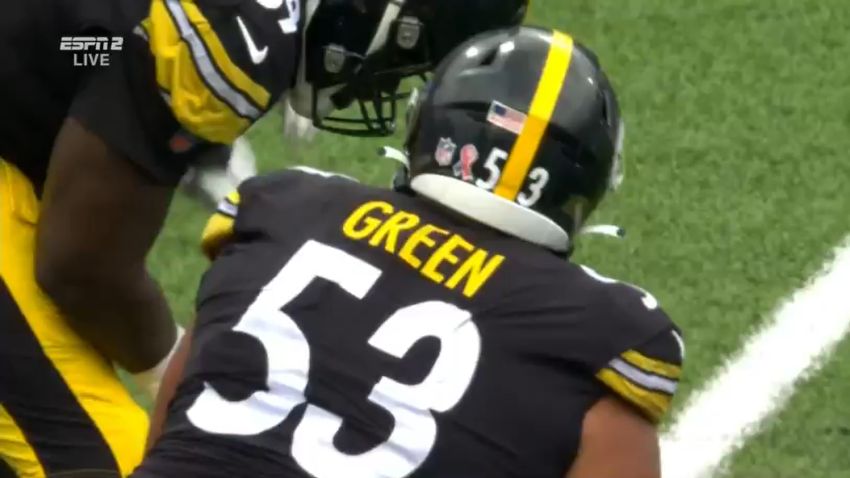 Kevin Colbert held his annual presser prior to the NFL Combine today at Heinz Field. He covered a wide array of topics, from the team’s quarterback outlook, their salary cap space, and several other issues.

One of the questions he was asked was regarding the controversial play of rookie center/guard Kendrick Green over the course of this past season. Green, who played primarily guard while at the University of Illinois, was the team’s third-round draft pick last season, and was tasked in OTA’s and training camp with making a position switch.

The tweets and quotes are courtesy of ESPN’s Brooke Pryor.

Colbert: Kendrick did a lot of good things for us, and when he hurt the calf, he wasn’t benched for inefficient play. He was benched because he was hurt.

“We know that Kendrick can play guard. We know he can play center. Is it our best option? See where we go in the next 2 mo.”

However, inefficient play seemed to be a good way to describe the play of Green, with numerous errors on snap exchanges and getting rag-dolled to the ground a common occurrence. A late season injury to Green caused the team to turn to J.C. Hassenauer at the position, and the run game seemed to pick up a spark. Najee Harris actually posted his best game of the season during this stretch, when he ran for 188 yards and arguably the stiff arm of the year in a victory over the Cleveland Browns.

After the season, many within the organization were vocal about Green maybe switching positions to guard, and among those was quarterback Ben Roethlisberger. A recent report shows Green working out with former All-Pro Steelers’ center Maurkice Pouncey, so it looks as if Green certainly knows he has his work cut out for him if he wants to remain in the starting lineup, particularly at center. Who better to work out with than the man you replaced, and one of the best to ever play that position for your organization?

Based on Colbert’s comments, it doesn’t sound as if the idea is totally out of the realm of possibility as far as a positional switch. With a wealth of salary cap space, and a few cuts here and there to provide more, if need be, it might not be the worst idea.

With a full offseason in an NFL weight room, perhaps Green can shore up some of the flaws he showed as a rookie. Perhaps the Steelers dip their toes into the free agency pool and sign a center such as the Panthers’ Matt Paradis (who has ties to new Steelers’ offensive line coach Pat Meyer), or the Buccaneers’ Ryan Jensen. Buckle up, because the next two months are going to reveal a lot about the future of Green.