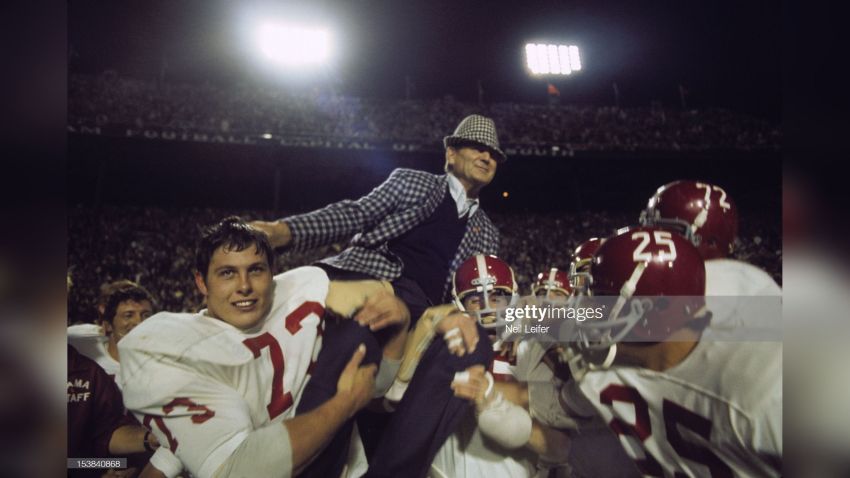 Race is a reality that is uncomfortable to address even in favorable circumstances, either today, or 10 years ago, or 70 years ago. Pittsburgh Steelers assistant head coach John Mitchell lived an adolescence that caused him to stare race in the face on a daily basis, living in a segregated south.

You may know Mitchell primarily as the Steelers’ former defensive line coach. You probably know that that he was once drafted, though he didn’t have much of an NFL career. You may also know that he was a standout for Bear Bryant’s Crimson Tide within an afternoon’s drive of his hometown of Mobile, Alabama.

What you may not know is that he had to take a roundabout path to playing in his own city—not because he wasn’t qualified, but, in his own words, “Alabama wasn’t recruiting black players then”, as he told Teresa Varley recently for a very revealing and in-depth article on the team’s website about his background growing up in football through segregation and the civil rights era.

Mitchell said that he got scholarships throughout the SEC schools—including from Alabama. But he got scholarships to study engineering. They didn’t want him to play football. So he went to Eastern Arizona, a JUCO, where he built up such a reputation there that he would eventually find himself headhunted by Bryant.

As the story goes, his play at Eastern Arizona ultimately the attention of John McKay, the head coach of USC. He committed to play for McKay before his would-be head coach started blabbing to Bryant that he was going to have a black boy from Mobile on his team.

Suddenly, Alabama was interested, even though, as Mitchell says, they had never seen him play. “They called every John Mitchell in the phone book until they got my dad”, he said. “They wanted to know if I was the John Mitchell who accepted the scholarship. Two days later Coach Bryant had a couple of coaches in my mother’s home to visit with us to see if I wanted to go to Alabama”.

It was Mitchell’s dream to play for Alabama. He couldn’t turn it up, regardless of what it meant. Along with teammate Wilbur Jackson, he broke the color barrier for the Crimson Tide as the first Black players to ever play for the team. In his second year, he was the first to be named co-captain, and he earned All-Conference honors in both of year years at the school. Yet he wasn’t even on their radar, even though he was literally in Mobile, earlier on.

“A white person wouldn’t have any reason to come there unless they were looking for someone to do some work for them, cut the grass, things like that”, Mitchell told Varley about having white coaches in his home. “They didn’t cross the railroad track either. We didn’t have a lot of white visitors for any reason I can think of. That just didn’t happen. That track separated the haves from the have nots. That is just the way it was”.

Of course, we live in a much different world today. There is still work to be done, but because of people like Mitchell, who had the courage to step through those portals and blaze the trails, we’ve continually inched closer to understanding.

For his part, Mitchell told Varley that he never had a problem at Alabama, and his roommate, a white teammate from a middle-class background named Bobby Stanford, has been his friend for 50 years now. He was back at Alabama almost as soon as he graduated, beginning his coaching career, which would eventually lead him to Pittsburgh, where he’s been a constant fixture since 1994.