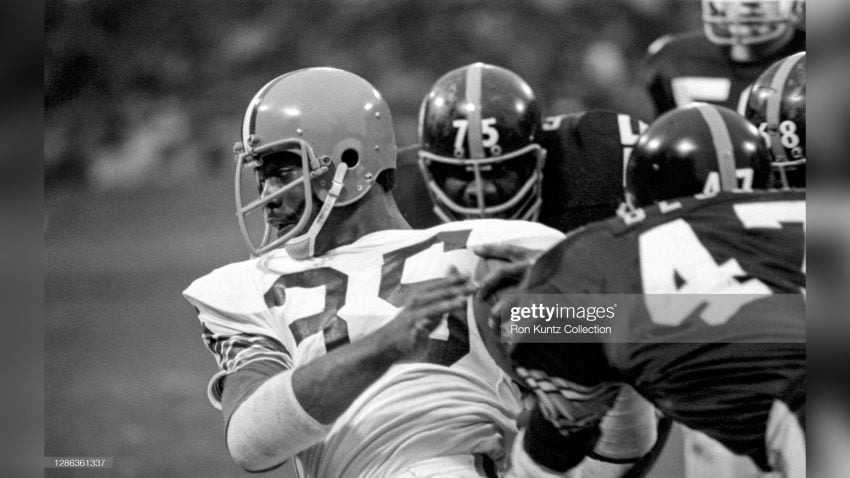 But let’s be real. We all know that the award that people remember, ‘the one that counts’, is the Defensive Player of the Year Award that is issued by the Associated Press. Watt has been the runner-up or second runner-up for the award two years running, but he has his best chance yet in 2021 after tying the record for most sacks in a single season.

The fact that he has been in the conversation three years running, however, speaks to a broader point: He’s really good. And he is in an organization with a history of really good players. In fact, the 1970s championship teams all on their own had three different players who won the Defensive Player of the Year Award themselves, with a couple of them taking time to talk about Watt recently.

Both cornerback Mel Blount and defensive tackle Joe Greene, who won it twice, concur: As they told Teresa Varley, Watt could have played with them back in the day. He’s that good, and that transcendent, that he could play at a championship level in a completely different era of the game.

“There’s no question about it”, he told Varley, in response to that very question, in an article recently published on the team’s website. “He’s a generational guy. He could have played in any generation. Those guys just don’t come along that often”.

Blount, who played for the Steelers from 1970-83, won the Defensive Player of the Year Award during the Steelers’ second title run, in 1975. He recorded 11 interceptions that year, which remains the most in team history. He was a five-time Pro Bowler, overall, and is a Hall of Famer.

Joe Greene certainly needs no bona fides read about him, though the acknowledgment of his twice receiving the Defensive Player of the Year Award is not a bad place to start. And it’s fair to say he knows a little something about playing with greatness, which he sees in the Steelers’ latest defensive star.

“You definitely have to say that he could because of the intensity that he brings to the game and the desire”, he told Varley when asked the same question about whether or not he could have played with the championship defenses of the 1970s.

“The separation between any player, those that command and demand respect, is the attitude that they bring to the game, to the position”, he added. “That’s the separation line. The attitude. The desire. For them, winning the game and beating the opposition is the number one priority”.

The NFL will reveal its awards tomorrow during the NFL Honors ceremony, which will of course include the award in question. Should Watt win, he would bring home the organization’s eighth overall Defensive Player of the Year Award, joining six other players: Greene (twice), Blount, Jack Lambert, Rod Woodson, James Harrison, and Troy Polamalu. By far the most of any team.