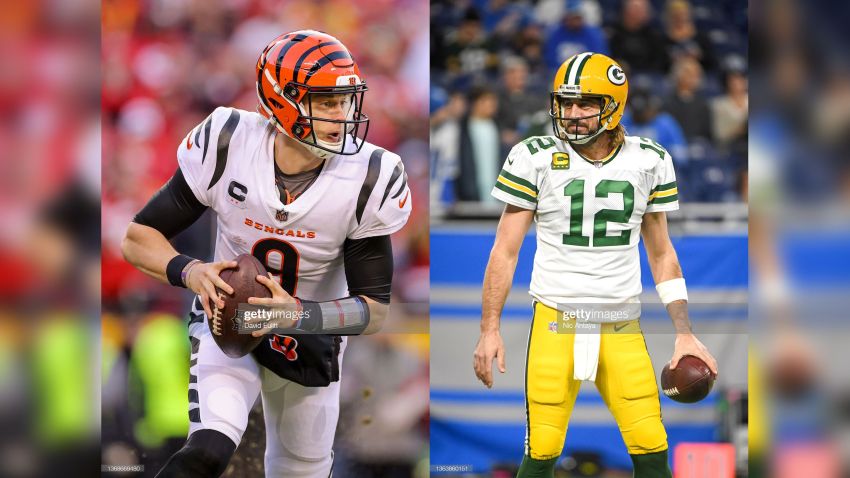 On Thursday, Green Bay Packers quarterback Aaron Rodgers was named the NFL’s league MVP for the 2021 season. It was the fourth time that he was named league MVP, surpassing Tom Brady’s total, and now only one behind Peyton Manning for the most MVP titles in history.

Rodgers won his first MVP Award the year after he claimed the Super Bowl XLV title in 2010, defeating the Pittsburgh Steelers, and in doing so earning his lone title, and a Super Bowl MVP Award on top of that.

Rodgers has some of the greatest quarterbacking numbers one could possibly imagine, including the lowest interception rate in NFL history. From a pure quarterbacking standpoint, there is a very legitimate case to be made that he is the greatest in the game.

And that’s who the Cincinnati Bengals’ Joe Burrow is chasing. Burrow, in his second season, is set to participate in his first Super Bowl later tonight, hoping to earn his first of potentially many titles. But when talking about his own goals, he told reporters last week, “I’m chasing Aaron Rodgers to try to be the best. He’s been doing it for a long time”.

But he still only has one championship. He is 12-10 all-time in the postseason, including 0-1 in 2021 after securing the NFC’s number one seed, falling to the visiting San Francisco 49ers in the Divisional Round, 13-10. He completed 20 of 29 passes in the game for 225 yards, and did not throw a touchdown or an interception. He was sacked five times and fumbled once.

If Burrow wants to get one title and then just put up good numbers for the rest of his career, I’m fine with that, though I hope he doesn’t win too many division titles unless he moves out of the AFC North after his rookie contract is up.