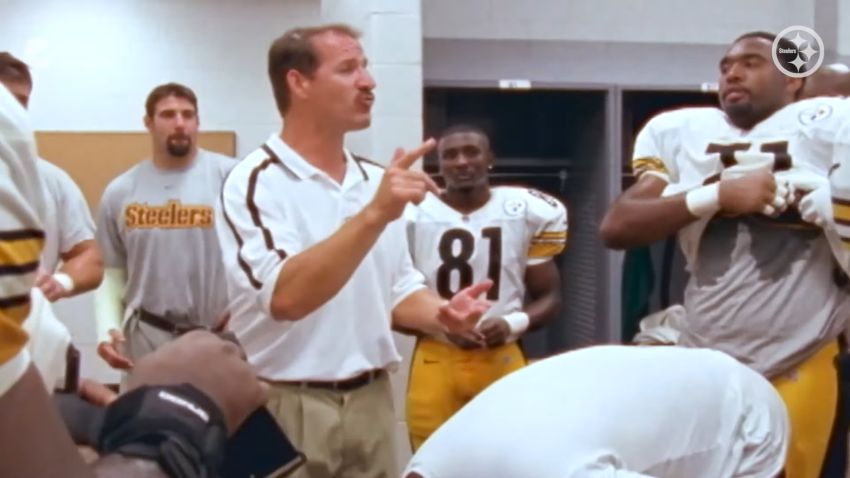 It’s not hard to imagine why Greg Lloyd was, and remains, a fan favorite among the Pittsburgh Steelers faithful over the years. Even if he didn’t put up eye-popping sack numbers as the premium pass-rush position, he was a genuinely dynamic talent who contributed in ways that may not always be appreciated.

Specifically, he was asked to drop in coverage a lot. They didn’t keep pass-defensed statistics at that time, but he did record 11 interceptions over the course of his career, which is a lot for an edge rusher. And he had 35 forced fumbles, as well, including at least five in six consecutive seasons, which is stellar.

It was because of the diversity of his skill set that Bill Cowher wanted to move him around when he came in during the 1992 season. One day, early in the offseason, at least to hear Lloyd tell the story to Stan Savran in a recent interview for the team’s website, he felt they were looking to have him change positions.

“When Cowher came in in ‘92, they wanted me to be a middle linebacker”, he said. “Well, everybody knows I played at 225. That was my weight soaking wet. I was 225, and to be an inside linebacker in the division we played in—we played in the Black and Blue division. Cleveland ran the ball—I didn’t think that I could match up with the offensive linemen”.

That season, the Steelers had Hardy Nickerson and David Little as their starting inside linebackers, with Lloyd and Jerrol Williams on the edge. Chad Brown was drafted a year later in 1993, which is the same year that they signed Kevin Greene. But at the time, Lloyd wasn’t sure what the coaching staff was thinking.

“I kind of had an affinity for what I was doing, and then they said, ‘Hey, we’re gonna put you in the middle’, but they didn’t tell me the ‘why’ behind it. It was just, ‘We’re gonna stick you in there’”, he explained. “I remember during minicamp, I was like, ‘I’m out, I’m going home’, because I’m frustrated, because I can’t pick up the reads like I’m used to doing and nobody’s trying to teach me anything. I’ll come back when they tell me I can play outside linebacker”.

He said that Cowher called him later that day after practice asking him what the problem was, and Lloyd explained his position, with Cowher responding that he should come in and talk about it. “There really wasn’t anything to discuss”, though, he said. “I came back and I went to his office and he basically said, okay, you’re an outside linebacker”.

Perhaps it was just poor communication from the beginning, but ultimately what they did was to move Lloyd into the middle of the field in dime packages, something that they still occasionally do with their outside linebackers, especially if they have three. “If we put in the middle, you won’t have to run all the way across the field to make a play, you’ll be halfway there”, he said Cowher explained.

Lloyd went to the Pro Bowl that season with 96 tackles, 6.5 sacks, five forced fumbles, and an interception, one of five straight Pro Bowl seasons he had while his health allowed. The 1996 season was the beginning of the end for him, unfortunately, but he had a remarkable five-year run in his prime, which also saw him make the first-team All-Pro list three times. As an outside linebacker, of course.