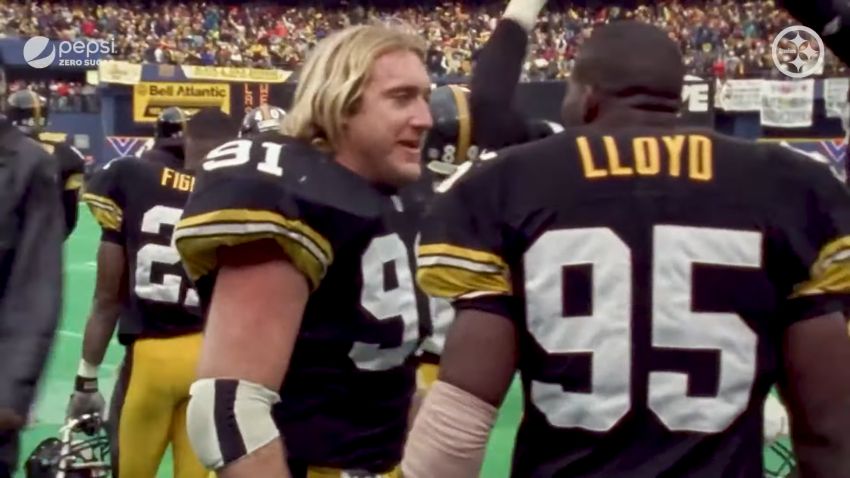 There probably aren’t a lot of players who had as short a stint with the Pittsburgh Steelers as did Kevin Greene who still had a tremendous impact on the team for years to come. A huge get as a free agent signing in 1993, he paired with Greg Lloyd for a three-year run as the ‘Quiver and Quake’ nucleus of their Blitzburgh defense.

Greene moved on as a free agent after the 1995 season, but he is still remembered extremely fondly by players and coaches and fans alike as a true Steeler, even though he only played a fraction of his very long Hall of Fame career in the city.

He shockingly died at the age of 58 in 2020 following a heart attack in his home, a crushing blow to the football community at large, but especially to those cities in which he played ball, and those with whom he played, and Lloyd was certainly no exception. In a lengthy interview for the team with Stan Savran, he recently discussed Greene’s impact.

“Losing him, probably one of the toughest days of my life”, he said upon hearing the news of Greene’s passing. “It lingers. It still lingers. Me and Carnell [Lake] and some of the guys were sitting last night, and when you say it, it just feels so unreal. It doesn’t even feel natural”.

Earlier, he talked about how while they were close, he feels they could have been closer. They both, he said, had twisted minds which understood each other, and each trusted the other with their lives. They pushed each other on the football field, turning hopes to succeed into expectations.

“You never have enough to say. There’s nothing you can say. Just a great guy. I loved playing with him”, Lloyd said, also talking about how he made use of Greene’s example. “In 2010 I did some coaching in Tampa, and most of the film that I broke down was of Kevin. I would show guys stuff of him pass-rushing, and some other guys, never myself. I was trying to get these guys to understand that, if you can do what these guys do, you’re gonna be okay”.

Lloyd was enshrined into the Steelers’ Hall of Honor last year as part of the class of 2020. He was a five-time Pro Bowler and a three-time All-Pro, and a player who could have accomplished even greater heights had his health allowed. One wonders what a healthy duo of himself and Greene could have accomplished over a decade rather than just three seasons.

Greene was enshrined into the Steelers’ Hall of Honor in 2017 as part of their inaugural class. He entered the Pro Football Hall of Fame a year earlier, though he should have been in much earlier than that. He ranks third all-time in sacks behind only Bruce Smith and Reggie White.