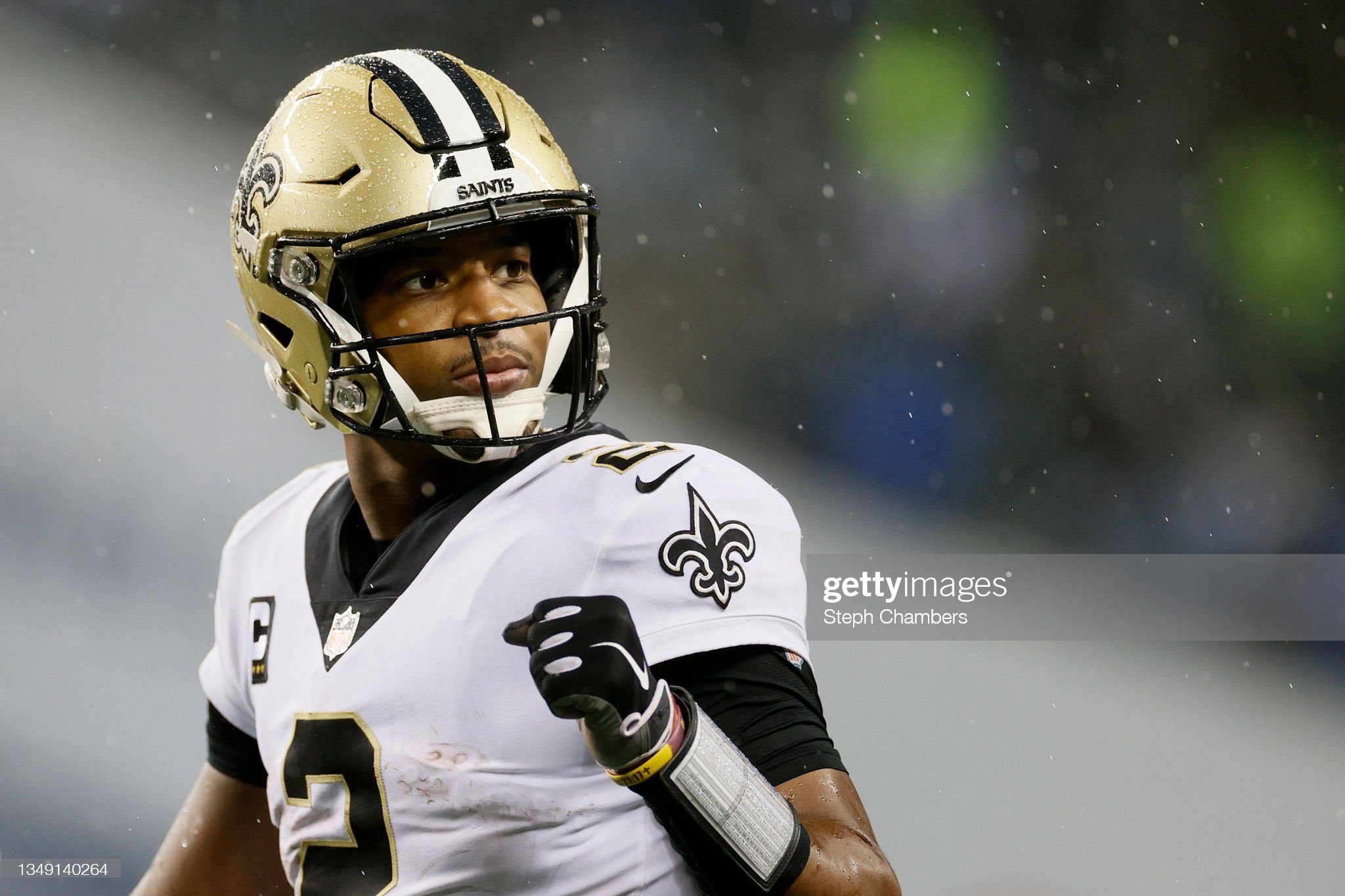 Hopefully everyone is fueled up, buckled in and ready to deal with the endless speculation this offseason about the next quarterback for the Pittsburgh Steelers, post-Ben Roethlisberger.

To date, the talk centering around the Steelers has focused on quarterback, specifically draft eligible guys like Liberty’s Malik Willis, Pittsburgh’s Kenny Pickett, Cincinnati’s Desmond Ridder, Ole Miss’s Matt Corral and North Carolina’s Sam Howell. As we move closer to free agency though, a weak crop of free agent quarterbacks is starting to gain some attention as potential fits for the Steelers, including names like Marcus Mariota, Tyrod Taylor and Jacoby Brissett.

One name has surfaced in recent days though and is starting to generate a ton of buzz. That quarterback? Jameis Winston.

On Thursday, Former Steelers’ quarterback Bruce Gradkowski appeared on 93.7 The Fan’s PM show with hosts Andrew Fillipponi and Chris Mueller and stated he believes Winston still has the upside to win the Steelers to a Super Bowl.

Quarterback guru @bgradkowski5 on @937thefan on Jameis Winston: "If you're the Steelers I think you have to look into it. He has the upside TO WIN YOU A SUPER BOWL."

Gradkowski’s comments come just days after ESPN listed the Steelers as the best landing spot for Winston, who tore his ACL in Week 8 last season against the Tampa Bay Buccaneers, in free agency. Prior to his season-ending injury, Winston threw for 1,170 yards, 14 touchdowns and three interceptions while completing 59% of his passes, leading the Saints to a 5-2 record.

He was solid in 2021, but not spectacular, as some will hilariously try and lead you to believe (still not convinced this isn’t a Winston burner account).

During Friday morning’s Good Morning Football show, Schrager listed Winston to the Steelers as the one move he wants to see this offseason. Adding Winston would give guys like Mason Rudolph and Dwayne Haskins competition for the starting job (never assume), and would allow the Steelers to sign a high-pedigree guy on the cheap, potentially stumbling upon something very useful at the most important position in sports.

What's the one move you want to see this offseason❓❔❓@PSchrags has Jameis Winston to the #Steelers 👀👀👀 pic.twitter.com/pSllGJGZty

“…Gosh, they have a lot of talent on offense. Najee Harris, fantastic rookie season. I like the wide receivers, even if you don’t have JuJu Smith-Schuster. If you’ve got Diontae Johnson, some of the other guys there and the young rookie [Pat] Freiermuth…who’s throwing them the football?” Schrager asked. “Mason Rudolph might be the guy and the hand the mantle off to him and say Mason Rudolph is the guy. Alright, that’s fine. I think they can win games with Mason Rudolph.

“But I look at Jameis Winston…is Jameis Winston coming back to the Saints? Does Jameis want to come back to play for a defensive head coach, or is Jameis better suited for Pittsburgh? I’m curious to see if Pittsburgh makes a run at Jameis Winston,” Schrager said. “To me, Jameis can’t go back to Tampa, I don’t see him in Carolina. I still think he’s a starter in this league, and who knows what New Orleans would have done if he doesn’t get injured. …If you asked me what the favorite landing spot would be for Jameis, in all likelihood I think it’s with the Saints, but I kind of like the idea of Mike Tomlin and Jameis Winston teaming up. …I like that marriage. He has a big arm, spent two years getting a doctorate degree in quarterbacking from not only Drew Brees, but Sean Payton.

“I think Steelers fans may be wincing at this because they want a bigger fish like [Aaron] Rodgers, [Russell] Wilson, or even see Mason Rudolph get the shot, but I’ll just put that out there: I think Jameis Winston to the Steelers…is enticing.”

It certainly is enticing, especially when you compare Winston and his pedigree to some of the other quarterbacks on the free agent market, or even ones in the NFL Draft. Is he the next franchise QB in Pittsburgh, should the Steelers kick the tires on him and land him in free agency? Odds lean heavily towards no. However, he did show marked improvements as the starting quarterback last season, including avoiding the killer turnover throughout seven and a half games.

The one thing truly going against him though when it comes to signing elsewhere in free agency is the recovery from his torn ACL. He’ll likely miss all of OTAs and all of minicamp, pushing his return to the practice field into training camp, which makes things difficult in not only changing teams, but becoming the starting quarterback trying to learn a new system with new teammates and coaches on the fly.

It’s certainly an intriguing pairing though, especially if the cost is right.