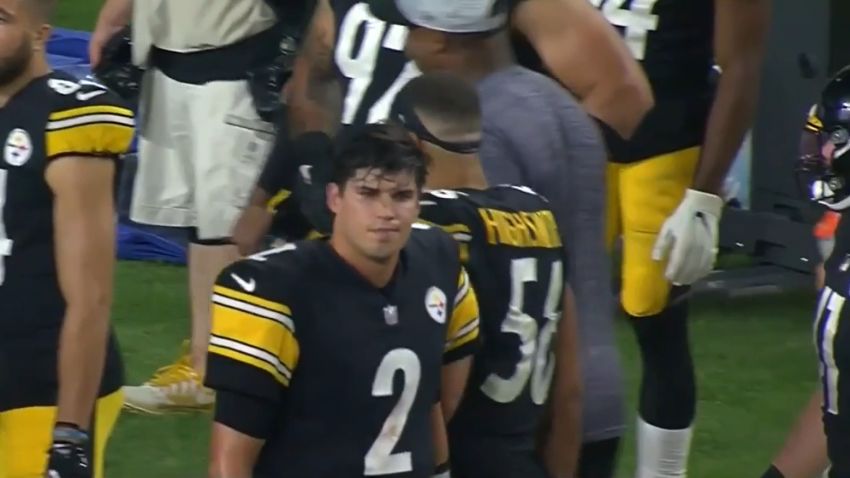 The Pittsburgh Steelers have a tremendous void on their roster this offseason following the retirement of Ben Roethlisberger at the quarterback position. This is the way that everybody talks about the team’s quarterback situation. It’s all you need to know about what the prevailing thought is on Mason Rudolph, the team’s 2018 third-round draft pick.

Rudolph has been with the team for four years now, and he was viewed by the organization as a first-round talent when they first drafted him, even though they let him sit until the third, reasoning that they didn’t need a quarterback at that time.

Even though he may end up starting in 2022, however, it really doesn’t feel as though there is anybody who thinks that will be the case if they can find anybody else, essentially. There hasn’t been a single person I’ve seen connected with the organization, past or present, who has come out and said that they believe the team can win with Rudolph and there could be a future there.

That includes former players. Ryan Clark recently talked about Rudolph not being the guy. Trai Essex was another, recently telling Adam Crowley that “he’s a backup quarterback” and that he doesn’t appear to have anybody’s confidence. “If you don’t have your main guys into the locker room going to bat for you, that’s a trouble spot”.

Indeed, whenever current players have gone on the airwaves and have been asked about the quarterback position, they’ve always talked about potential free agents and draft picks. Never ‘maybe Mason’s the guy’. There appears to be a universal understanding that Rudolph is the emergency 2022 starting option in the absence of an alternative.

Now, this isn’t anything that almost everybody is already thinking, and agreeing with, of course. I don’t think anybody is coming out and saying anything controversial. I do think it’s a bit unusual that there hasn’t really been anybody publicly having Rudolph’s back in a meaningful way, however.

After all, this is a guy they’ve watched for four years. They’ve seen him taking starter reps at least once a week nearly all that time. If they don’t see him as a viable starting quarterback by this point, they’re not going to in September, either.

It all just leads me to believe that somebody else is going to be starting this year. Whether it’s somebody like Marcus Mariota or Kenny Pickett—Essex apparently likes Mitchell Trubisky and thinks he’s going to be a starter again one way or another—I have a hard time seeing Rudolph as the starter in 2022 at this point.