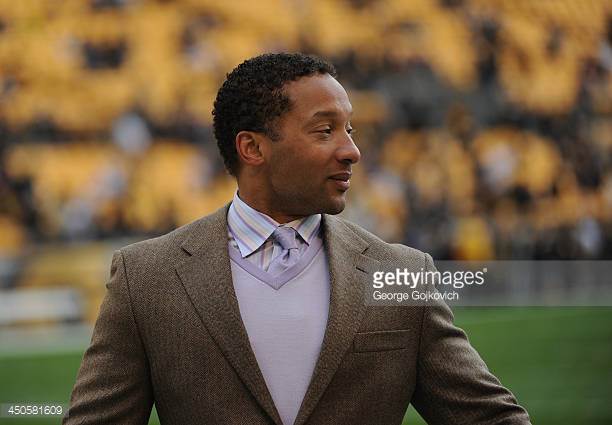 Patience is a virtue…unless you’re searching for the next franchise quarterback in today’s NFL.

Maybe that’s not how the saying actually goes, but according to former Pittsburgh Steelers’ front office executive and former Buffalo Bills general manager Doug Whaley, the Steelers and their fan base must be patient when it comes to finding the next franchise QB post-Ben Roethlisberger.

Appearing on 93.7 The Fan’s morning show with Chris Mack and Colin Dunlap on Wednesday, Whaley emphasized the need for patience from the black and gold and its diehard fan base when it comes to the search for the next quarterback, which can often be a long search.

it’s not as though the next guy can be found with the snap of a finger, but there has to be some urgency in today’s NFL when it comes to finding the next franchise signal caller at the game’s most important position.

Still, Whaley is preaching patience, stating that just because the Steelers need a quarterback doesn’t mean they should rush out to get one, in the draft, via trade, or signing a veteran in free agency.

“Are we ready to be patient to get the right QB or do you just want a QB?” Whaley said. “If you want a QB, yeah you can go (Jimmy) Garoppolo, a guy that can’t stay healthy, when he’s healthy, yeah he does win but the best ability is availability and Carson Wentz, he just showed you that when you need him most against a very poor team, he can’t deliver to get you into the playoffs.”

Former Bills GM Doug Whaley (@DougWhaley9) cautions the Steelers on taking a first round QB this year & implores fans to be patient.

He knows from experience how it can go wrong…

LISTEN to the entire hour with Doug here: https://t.co/4h8B2MvZMp pic.twitter.com/HHLtIBzzmr

Whaley went on to add that if a QB is available via trade free agency, there’s a reason they’re available, and that’s because those QBs can’t lead a team to the Super Bowl. That couldn’t be further from the truth, considering we just witnessed two QBs in Tom Brady and Matthew Stafford become available via free agency and trade, and then lead their respective teams to Super Bowls in the first year in town. Now, Brady and Stafford should not be compared to Garoppolo, Wentz, or even Kirk Cousins, but names like Russell Wilson and Aaron Rodgers aren’t potentially available via trade this offseason because they can’t lead teams to the big game.

If the Steelers want to address quarterback in the draft, Whaley cautions against that, stating that the 2022 QB class is rather weak compared to last season’s or even next year’s, stating that guys like Liberty’s Malik Willis and Pittsburgh’s Kenny Pickett would be back end of the first or early Day 2 picks next year, rather than potential top 10 picks this year.

Instead, Whaley believes the Steelers should focus on shoring up some holes throughout the roster this year in free agency and the draft before then attacking the QB position next offseason.

Fans might not like to hear that, but that may be the best avenue possible for the Steelers in 2022, which means riding it out with the likes of Mason Rudolph, Dwayne Haskins, and potentially a journeyman veteran in free agency like a Tyrod Taylor or Jacoby Brissett.