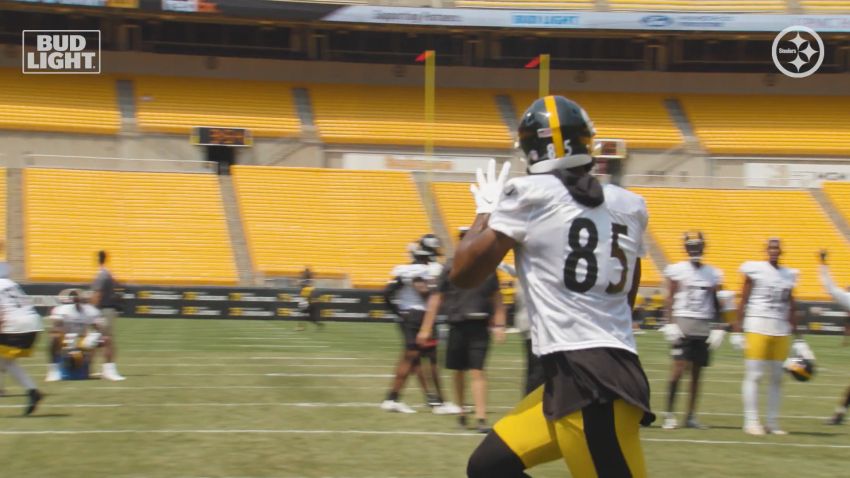 Here’s what he tweeted out a short time ago.

Just got cleared by the Doc. Knee is good to go!

Ebron was placed on IR on November 22nd after suffering a knee injury that required surgery. He battled injuries prior to the one that ended his season, also missing time with a hamstring injury, and dealing with an unknown injury during training camp.

Ebron had a much less successful second year in Pittsburgh compared to his first, catching just 12 passes for 84 yards and one touchdown, coming in the Chargers’ game where he suffered the knee injury. It’s a far cry from what he did in 2020, becoming just the fourth Steelers’ tight end with 50+ catches, 500+ yards, and 5+ touchdowns in a season.

Turning 29 in April, Ebron is slated to become a free agent and is highly unlikely to be re-signed by the team. Pat Freiermuth is the clear starter on the team while Zach Gentry’s emerged as a quality #2 blocking tight end. The Steelers need to run the ball more effectively and Ebron will provide little help in that regard.

A first round pick by the Detroit Lions in 2014, Ebron has 351 career receptions for 3837 yards and 33 touchdowns. He’s spent time with three teams: the Lions, Steelers, and Indianapolis Colts.

While he’s likely to sign somewhere, his market should be fairly light given his quiet and injury-plagued 2021 season. He’ll likely look for a one-year contract well after the first wave of free agency. The Steelers will roll into the offseason largely set at tight end with Freiermuth, Gentry, Kevin Rader, and Jace Sternberger. They’ll likely bring one or two tight ends in after the draft to round out the offseason and training camp roster.