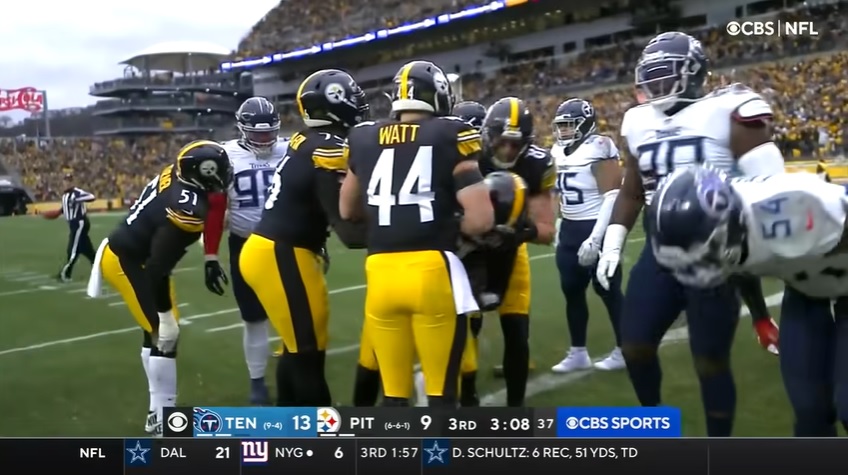 By now, you guys know that if I see a lane to talk special teams, I’m taking full advantage. And the Pittsburgh Steelers’ 2021 year-in-review guide included a section on special teams tackles for the season. Tackles, especially on special teams, can be subjective and each outlet reports them a little different. But we’ll take the Steelers’ tally as official.

Here’s the list of players with 3+ special teams tackles, broken down by total and solo tackles.

Derek Watt leads the team with 14 total special teams tackles while also having the most solo tackles on the team with ten of them. He served as special teams captain this year and for good reason, a standout there over the past two seasons. Though listed a fullback, he’s primarily a special-teamer, a core, four-phase player who has made a consistently positive impact there. Watt also had two solo tackles in the Wild Card loss, giving him 16 for the entire year, nearly one per game.

Elsewhere, UG3 is second on the team in total tackles and tied for the second-most solo ones. It’s a strong season considering how much he struggled in the summer to the point where I didn’t believe he would make the roster. But he did, got a hat, and played well on that unit. As did CB Justin Layne, who doesn’t seem to have much of a future at corner but has carved out an impressive role as a gunner on punt coverage. Not exactly what you’re looking for out of a third-round pick, but he’s at least contributed in some meaningful fashion. James Pierre was able to rack up ten total tackles after falling out of favor at corner.

Miles Killebrew was one of the top specialists of the year with seven tackles and a pair of blocked punts. Benny Snell continues to show why he’s hanging around with his seven tackles, while WR Cody White and TE Kevin Rader also made an impact.

In terms of total special teams snaps logged, Gilbert led the team with 337 followed closely behind by Killebrew’s 335, Watt’s 332, and Snell’s 326.