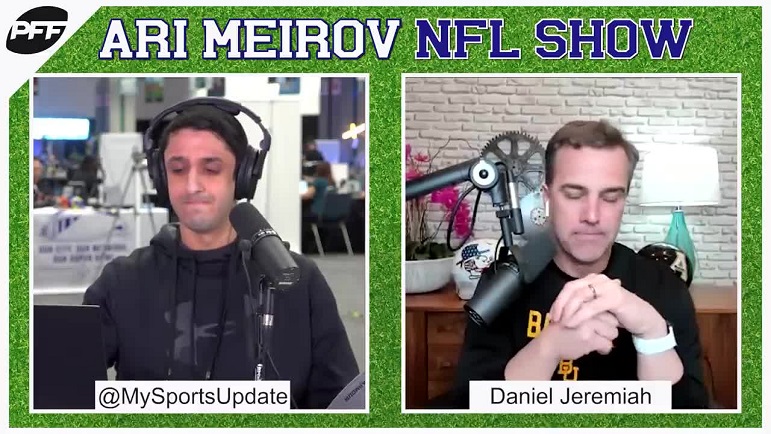 Are the Pittsburgh Steelers destined to select Liberty quarterback Malik Willis in the first round of the 2022 NFL Draft? It certainly does seem that way based on the large amount of buzz coming out of the annual Senior Bowl last week. On Wednesday, long time NFL Network draft analyst Daniel Jeremiah was a guest on the ‘Ari Meirov NFL Show‘ and made it clear during his interview that he’s been hearing all the buzz about the Steelers and their seemingly love for Willis as well throughout the Senior Bowl week in Mobile, AL.

“Everyone thinks he’s going there [Pittsburgh], by the way,” Jeremiah told Meirov of Willis. “But just being down there, and being around NFL circles and buddies, everyone’s saying that he’s going to be a Steeler.”

The Steelers obviously met with Willis at the Senior Bowl. They also, however, met with the other five quarterbacks there as well. Willis’ parents also were observed talking to Steelers general manager Kevin Colbert, head coach Mike Tomlin, and offensive coordinator Matt Canada at the Senior Bowl as well and that surely fired up the speculation that Pittsburgh has a lot of love for the Liberty product.

“I think all the raw tools he has, he’s the toolsiest guy in the entire draft,” Jeremiah said of Willis on Wednesday. “And I got a chance to spend time with him, and I think he’s a great kid. He’s got a great personality. He’s intelligent. He’s going to put in the work. So, he’s somebody to me that you want to bet on that he’s going to be able to figure this thing out. He’s not as far along, but you know, you saw the [Patrick] Mahomes and [Justin] Herbert and Josh Allen progress and just keep on developing. I think this kid’s on that track, he’s just starting a little bit further behind.”

As far as the future NFL pre-draft calendar goes now that we are past the Senior Bowl, March 24 is shaping up to be a big day on it for NFL teams that are maybe looking to pick a quarterback this offseason. On that particular day, three of the top quarterbacks in the 2022 NFL Draft class are scheduled to have their pro days simultaneously. Specifically, Liberty, Ole Miss and Cincinnati are colleges expected to conduct their annual pro days on that day. The three quarterbacks in this year’s draft class that relates to? Willis, Matt Corral of Mississippi, and Desmond Ridder of Cincinnati.

Will those three colleges keep their pro days on the same date? We’ll see. If they do, it will be interesting to see if Colbert, Tomlin and Canada all attend the Liberty one. If they do, that will continue to fuel speculation that the Steelers will do everything in their power to select Willis in the first round of the 2022 NFL Draft, and even if that everything includes them trading up to do so.

In the meantime, and until the pro days get underway, expect Willis to be mocked to the Steelers quite a bit in the major media offerings we’ll see these next several weeks.