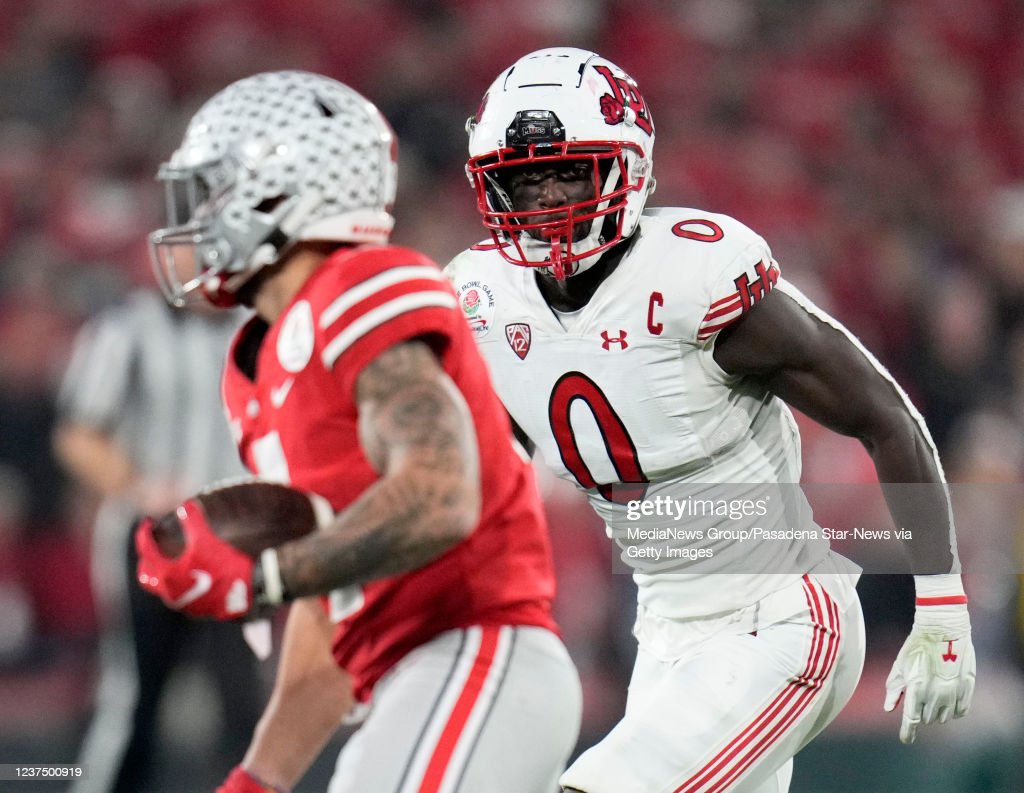 With all the speculation about quarterback and offensive line in the 2022 NFL Draft for the Pittsburgh Steelers, one position that continues to be overlooked as an area of need for the black and gold remains at inside linebacker.

Though it’s unlikely the Steelers spend a first-round draft pick on an inside linebacker for the second time in three seasons, it’s worth noting that the top of the linebacker class is loaded with names like Georgia’s Nakobe Dean, Utah’s Devin Lloyd, and Alabama’s Christian Harris. While value seems to be more on Day 2 and Day 3 at the position due to the depth overall, CBS Sports’ Ryan Wilson has the Steelers taking a big swing at the position in his latest first-round mock draft.

Devin Lloyd… Showing what else he can do for you!

Wilson lands Utah’s Lloyd at No. 20 overall to the Steelers, giving Pittsburgh a real defensive chess piece at off-ball linebacker to work with moving forward, passing on the likes of Liberty QB Malik Willis, Purdue EDGE George Karlaftis, Northern Iowa OL Trevor Penning, and Boston College’s Zion Johnson in the first round, especially with quarterbacks like Ole Miss’s Matt Corral, and Pittsburgh’s Kenny Pickett off the board.

“The Steelers need a quarterback and offensive line help, but there were concerns last season that former first-rounder Devin Bush was regressing,” Wilson writes. “The team added Joe Schobert before the ’21 season but they could move on from him in the coming months. But with the hiring of Brian Flores to work with linebackers, the expectation is that Bush will improve (he’ll also be nearly two years removed from an ACL injury) and that a playmaker like Lloyd to pair with him could make this defense look a lot like the units that dominated early in Mike Tomlin’s tenure in Pittsburgh.”

Bush certainly regressed last season in his return from a torn ACL suffered in Week 6 of the 2020 NFL season, and Schobert did not come close to meeting expectations — though that may have had to do with being acquired during training camp and handed a number of responsibilities.

Adding a piece like Lloyd next to Bush for 2022 — and hopefully beyond — would give Pittsburgh a dynamic chess piece in the middle of the defense for the foreseeable future. He can serve as a run-stopping linebacker that can knife through gaps, is adept at dropping into coverage and handling responsibilities in man or zone, and can even rush off the edge with a plethora of moves already at his disposal.

The NFL is a copycat league. Micah Parsons was an off-ball LB & edge rusher as a rookie.

I’d bet teams are going to be looking for the next off-ball backer that can line up on the edge & win around the corner.

Devin Lloyd has some of that in his game!

Knowing all that, I find it hard to believe he’ll be on the board if/when the Steelers pick at No. 20 overall in late April, considering his skillset and the need/demand for those types of linebackers in today’s NFL.