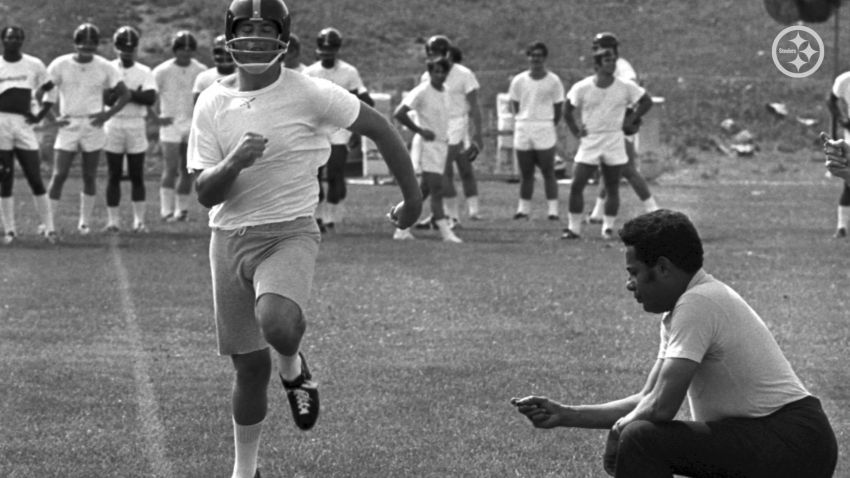 Bill Nunn was born 98 years ago this year. He first became a member of the Pittsburgh Steelers organization 52 years ago, and his impact since then—even before then—has been immense. While that is especially true in Pittsburgh (after all, the team renamed their draft room after him), his impact was felt throughout scouting in football.

And some in the Steelers’ scouting department to this day were around to recall the lessons that they learned from the pioneer and innovator who helped build the championship rosters of the 1970s. That includes Brandon Hunt, who has been the team’s Pro Scouting Coordinator since 2010, and previously served as an intern in 2005-06.

In a conversation for the team’s website recently with former tackle Max Starks and long-time scout Dave Petett, he discussed some of the lessons that he learned from Nunn that they still employ today—the first and foremost being a player’s ‘baseline athleticism’.

“The number one thing that Nunn wanted to know was athleticism”, he said. “He liked looking at multiple-sport athletes. He liked to see guys do other things, like basketball or dance, and he looked at footwork, and he looked at movement and change of direction, and that’s where it all started”.

It’s not so easy to get that sort of inside information on players anymore with the way scouting has evolved. It’s hard to guess how Nunn might have felt about that, outside of the lack of advantages, but according to Hunt, he wasn’t necessarily in favor of how the game has evolved physically.

“When he got in and he was with us and at time started evolving, no disrespect, but he hated to see the 6’7”s and the 330s and how people were getting bigger and bigger and bigger”, he said. “As the game got bigger, in his opinion, it was starting to get away from athleticism”.

“The one thing he would [say] is, he would always pull us aside and say, ‘Never forget the main thing, which is athleticism across all positions’”, Hunt continued. “They either are or are not athletes, and that athleticism is something that you can’t become, so if you don’t have that baseline, you’re not ever gonna get it, and that’s where we always start when we put on any tape”.

While the Steelers are not exactly the Raiders in terms of blindly falling in love with a player’s physical attributes (particularly speed), they certainly have a clear pattern of drafting for athleticism, especially in the early rounds and the late rounds. Either that or it’s a huge coincidence that so many of their draft picks often have excellent SPARQ scores.