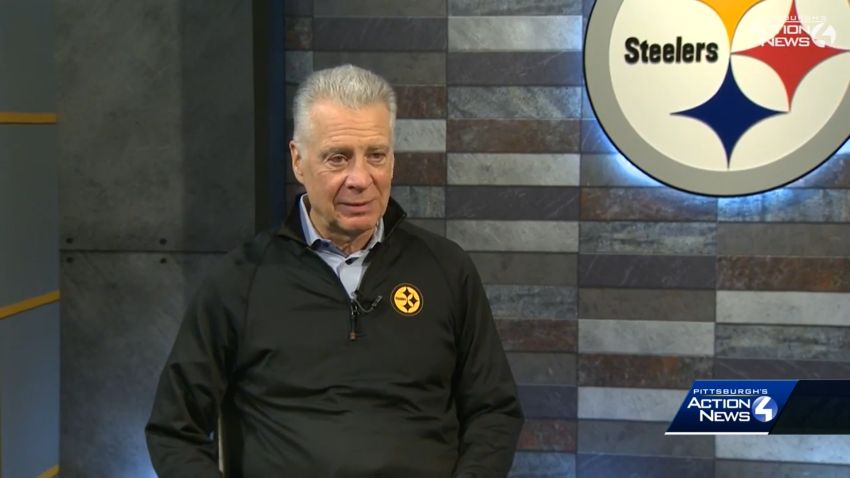 The Pittsburgh Steelers are projected to have nearly $30 million in salary cap room at this time when free agency opens. While quite a lot of that will already be accounted for in terms of predictable future obligations, it is undeniable that the team is in a substantially better position this offseason than they typically are. Often, they have to restructure contract just to get below the cap. And everyone seems to be acknowledging that, at least in theory, this difference can be reflected in their approach.

“I think we’ll be more aggressive at looking at what the options are”, team president Art Rooney II told Andrew Stockey of WTAE recently. “Whether we’re as aggressive as people want us to be, I can’t say, but we at least do have the room to look at some players and potentially bring in some key players if we can”.

Obviously, the main item on the agenda is finding a new quarterback, which, outside of draft options, can be quite expensive. Certainly, if they have any ambitions of acquiring an established starter via trade, as rumors of a potential trade for Jimmy Garoppolo suggest, that’s going to eat into their flexibility to make other moves. But it’s a move they can consider because of the position they’re in.

“In past years, we were scrambling to create some room to sign guys. This year, we have some flexibility”, Rooney said. “We have to be smart. It’s not like we have unlimited room here. We’ll have to be smart how we allocate that. We certainly have some internal players, some players that we already have on the roster that we may want to extend. So as usual, there are a lot of pieces to the puzzle, and we’ll try to make them all fit”.

While a lot of the salary cap they do have will inevitably get used up, there are still things the Steelers can do, and maybe even are likely to do, to create additional space, which we have previously looked at earlier this offseason.

The easiest route would be contract terminations, with Joe Schobert and Zach Banner being the two most obvious candidates. If Stephon Tuitt decides to retire, that would also save considerable cap space—but it would also leave a considerable hole in their defensive line that we clearly an issue in 2021.

Of course, there are also contract restructures, potential extensions that could positively modify a cap hit or two—and they can also maneuver Ben Roethlisberger’s contract to a post-June 1 retirement, which would give them an extra $7.755 million in 2022 that they would otherwise not see until 2023. But that cap space would not be accessible until June, which they could use for their draft class and/or their in-season reserve.