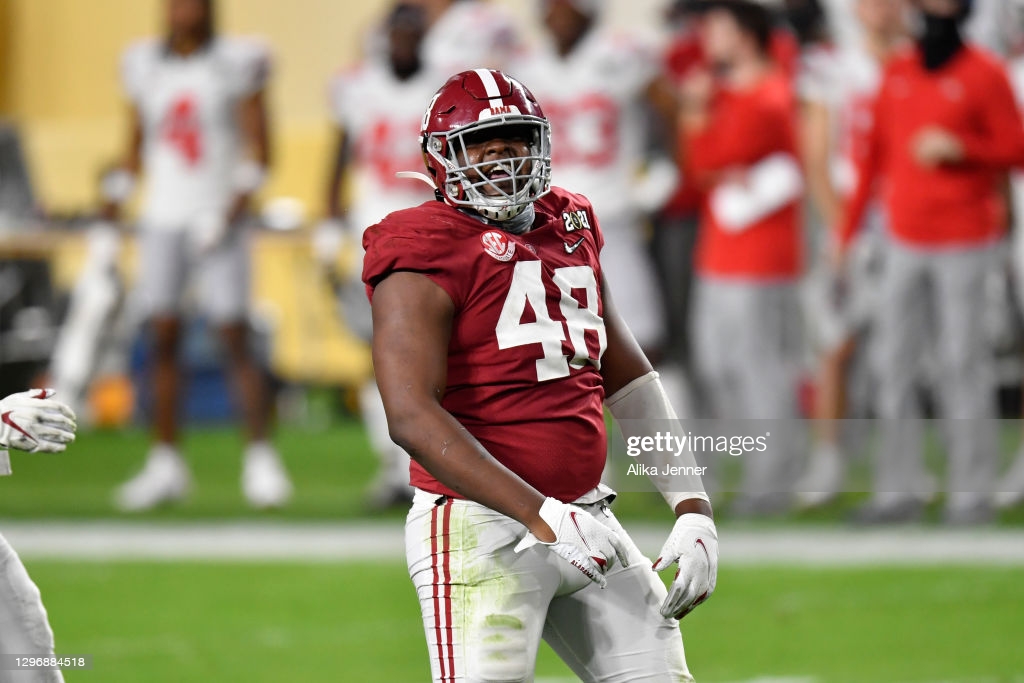 During the introductory press conference for the Reece’s Senior Bowl, Director Jim Nagy took the podium and had Pitt QB Kenny Pickett and Alabama DL Phidarian Mathis available for questions. Since I wrote up Mathis’ pre-draft report for the site, I wanted to specifically ask him about his off the field work since he was named to the SEC Community Service Team in 2021.

PM: Most definitely. Most of our players are about growing up, you don’t have too many guys to look up to. So, no just going back home and doing those little things for the guys well for the younger guys in my community and also around Tuscaloosa. It means a lot to me, because I know what it means to not have nobody to look up to nobody to come back and help me and my development when I was young. I didn’t have anyone go back home and see big time players like myself as a kid, so that’s what motivates me to come back and do a lot of things for everybody.

Mathis’ leadership is well documented on the field for being a redshirt senior prospect who had to wait his turn behind other stellar defensive linemen in Tuscaloosa before getting a chance to shine in the spotlight this season. For him, it is a combination of being that uplifting presence both on the field to his teammates as a vocal leader that also shows out with his play as well as a leader off the field with his work in the community to inspire the next generation pursing dreams of going to college and playing sports at the next level.

Mathis was also asked a question to his potential scheme fit in the NFL and how his game would best translate to the league:

Speaker: How much did you play one technique versus three technique and just what do you think of your versatility to play wherever?

PM: Yes sir. No Alabama we learned I’ve been very versatile. To play a lot of end also three technique nose. So that’s something that I think they helped me also that I can play all, and I can showcase it on this big stage this week.

When doing Mathis’ film breakdown, I noted he was capable playing as a one technique, three tech, or potentially as a 4i with exposure to lining up in the gap or head up on the center/guard. When it comes to Pittsburgh’s defensive scheme, Mathis has a body type similar to that of a Cam Heyward, Stephon Tuitt, or Chris Wormley where he would fit in as a base 3-4 DE, but also has shown he is capable of being a prototypical nose tackle in the middle of the defense. I will provide Mathis’ pre-draft profile below:

Coming away from the press conference, I do expect Pittsburgh to have Mathis high on their board, especially if Tuitt’s situation continues to remain murky going forward into the offseason. Not only is Mathis a capable defender that has experience various positions along the defensive line and has the similar build that Pittsburgh looks for in defensive linemen prospects, but he also has the “hearts and smarts” as a team captain and for his service work off the field.

Given the need for Pittsburgh to shore up the front seven this offseason to improve their run defense, Mathis is a guy Steelers fans should have circled as a potential fit the will likely be selected somewhere on Day 2 of the 2022 NFL Draft based on how he fares in the pre-draft process.

What are your thoughts on Phidarian Mathis’ remarks from the introductory press conference? Do you think that he is a potential fit in Pittsburgh due to his scheme versatility and his character? Please leave your thoughts in the comments section below and thanks again for reading!