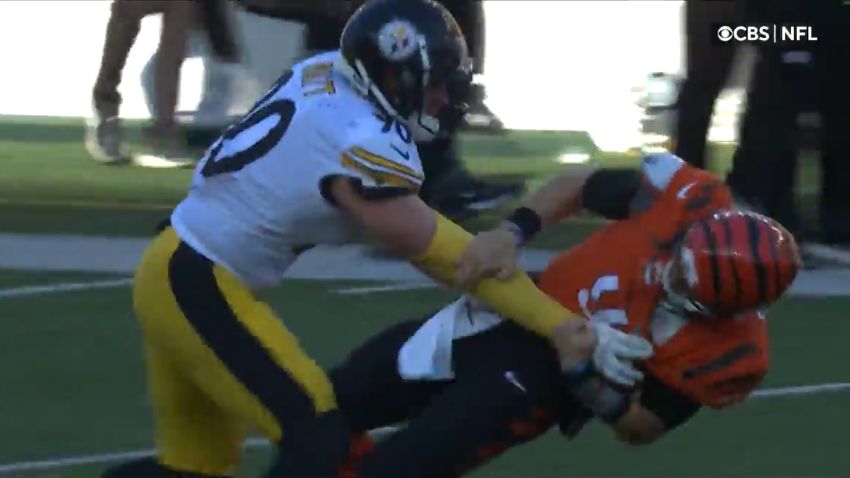 Once Super Bowl LVI kicks off Sunday night at 6:30 p.m. inside SoFi Stadium between the Los Angeles Rams and Cincinnati Bengals, the key for the hometown Rams will be getting after Bengals’ young star quarterback Joe Burrow behind a rough Cincinnati offensive line.

One man that knows quite a bit about getting after the Bengals’ passer is Pittsburgh Steelers’ All-Pro edge defender and 2021 Defensive Player of the Year T.J. Watt. Speaking with the USA Today Friday, Watt gave the Rams some free advice when it comes to getting after Burrow and the Bengals. Though they might not truly need any advice with a loaded pass rush featuring Aaron Donald, Leonard Floyd, Ogbonnia Okoronkwo and Von Miller, Watt said the key to defending Burrow is to not rush the passer scared.

“It’s so difficult to get quarterbacks down to the ground these days because they have escapability,” Watt said to Jori Epstein of the USA Today. “You can win your one-on-one pass rush clean and still can’t get to the quarterback because he’s able to find escape lanes, get to the first down. The more weapons an offense has on the outside, you have to double team those guys and play man coverage. But when those guys have their backs turned, it makes it very easy for the quarterback to escape the pocket if you’re not disciplined in the rush lanes.

“You can’t rush the passer scared,” Watt added. “In the AFC North we have three quarterbacks who can run that we go up against every single year twice a year, so a lot of guys like to rush scared and try to just bull rush every single time. Then the quarterback has all day in the pocket. I think there’s a fine balance between communicating with the D-line so you’re on the same page and also rushing still free so that you’re not taking up space and letting the quarterback have all day back in there.”

The one thing Burrow has been rather impressive at in his second season at the helm of the Bengals is his escapability and overall feel for the rush in the pocket. He’s certainly not the fleetest of foot, and won’t draw comparisons to fellow AFC North quarterback Lamar Jackson for his ability to use his legs when the play breaks down, but he’s very underrated at subtly sliding around in the pocket to avoid the rush and can still create plays downfield.

Kansas City, Tennessee and Las Vegas found that out the hard way in the playoffs, and if the Rams aren’t careful on Sunday night in front of a global audience, Burrow will teach them that same lesson on the biggest stage.

Watt should know, speaking from experience.

Though he didn’t have as much of an impact in 2021 against the Bengals as he’d have liked, having missed the Week 3 matchup at Heinz Field due to injury, and then being mostly unproductive in the Week 12 matchup while returning from a separate injury, Watt still knows what it takes against Burrow and the Bengals, having recorded two sacks of the young star QB in 2020.

Getting to Burrow will be the key on Sunday for the Rams, according to Watt, which is spoken like a true defender and star pass rusher.

If the Rams can get after Burrow and avoid “rushing scared” as Watt says with an elusive quarterback on the other side, Los Angeles will become the second team in consecutive years to hoist the Lombardi Trophy inside their home stadium.