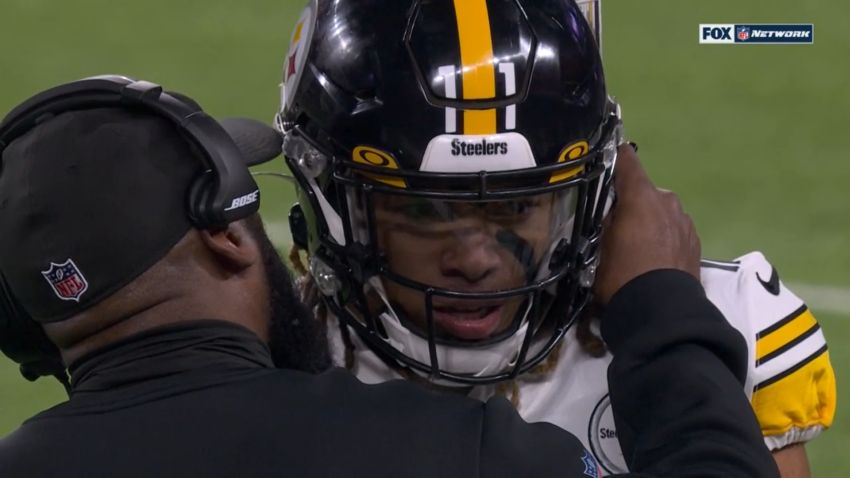 Reasoning: After putting up borderline Pro Bowl numbers as a rookie, with the strength of his scoring prowess, the second-year wide receiver failed to show any meaningful on-field growth over the course of the 2021 season, and was substantially less effective in scoring.

That’s my biggest takeaway from Chase Claypool in 2021. That’s the difference in scoring for him from his first season in 2020 and last year. He scored 11 times during the regular season as a rookie, not to mention another two in the Steelers’ lone postseason game, but only managed to get into the end zone twice in all of 2021.

The fact that the rest of his numbers are pretty much on par with what he did as a rookie—62 to 59 in receptions, 873 to 860 in receiving yardage—only serves to heighten the significant discrepancy in scoring between year one and year two.

Of course, averaging double-digit touchdowns was always unlikely to be sustainable, but it’s all the more significant for the fact that what we didn’t see from him this past season was growth. By and large, he really wasn’t any different a player in 2021 than he was in 2020. And he didn’t end the 2020 season as a finished product, by any means.

The fact that he didn’t really seem to do much maturing off the field, either, doesn’t make it any easier a pill to swallow. While he may have posted a couple of reassuring messages late in the season on social media, he still had unnecessary penalties on the field, and when called out for an untimely celebration after the game, he made excuses while simultaneously trying to accept responsibility, which…is not how it works.

But this shouldn’t just be a hit piece on Claypool. He’s still a very talented player capable of being an explosive threat, and there’s no reason to think that he doesn’t have it in him to be a major weapon in this offense for the next two seasons. The coaching staff will be tasked with making sure that they can get the most out of him.