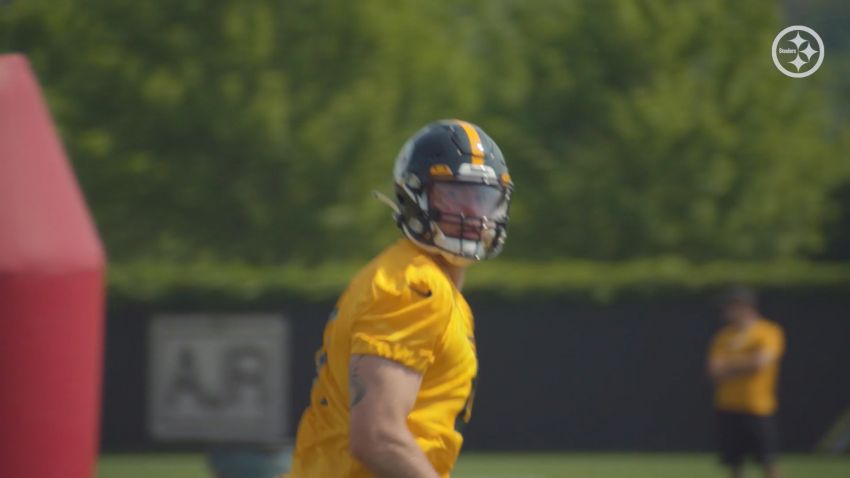 Reasoning: The veteran inside linebacker’s bid at a full-time starting job was thwarted by the late acquisition of Joe Schobert, but his playing opportunities increased over the course of the season.

What will the Steelers’ starting inside linebacker duo look like in 2022? I don’t think at this point that we can carve anybody’s name in stone. Joe Schobert seems to be a prime candidate for release due to the size of his contract, though it’s possible he could be brought back—if he wants to come back—at a cheaper rate.

As for Devin Bush, we certainly can’t assume that he is definitely going to be a starter next season, though it is very much within the realm of possibility. Especially so if considering the lack of viable alternatives in the event that Schobert is released.

Robert Spillane could still factor in. By the end of the year, he was actually starting. Minus the postseason game, during which the Steelers heavily rotated their linebackers, with everyone playing about half the snaps, he was playing 50-60 snaps per game.

His ascension to a larger role could have come earlier had he not suffered an injury in the second half of the year that cost him a couple of games. His playing time started going up once he returned, at one point playing all but one or two snaps in the regular-season game against the Kansas City Chiefs.

With that being said, while he did play a few hundred snaps over the course of the season, he wasn’t playing at such a level that you would want to write his name into the starting lineup. That wasn’t even the case in 2021, where he was more of a fallback option.

One thing that could help his chances is his reputation as a run defender, which, frankly, the Steelers badly need to address. Neither Bush nor Schobert was particularly good against the run last season, but Spillane’s hit on Derrick Henry in 2020 still rings in some people’s ears, whether it should or not.