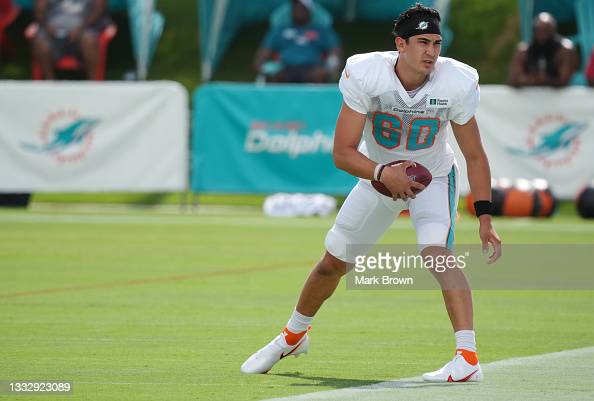 I imagine there aren’t many Rex Sunahara jerseys flying off the shelves in Pittsburgh right now. But long snappers are people too, there’s no such things as a camp body, and if the Steelers have proven anything, they’re not afraid to kick out an incumbent snapper. Colin Holba went from draft pick and favorite to being out on the street. Ditto for Kameron Canaday this past summer.

Sunahara has been all over the East Coast. He grew up playing wide receiver in Ohio, began learning to long snap at Rhode Island in 2015,  and then transferred to West Virginia in 2016 to follow his father, Reed, who was the school’s volleyball coach. At the time, Sunahara didn’t even think he’d keep playing football but tried out and made the squad. He redshirted his first season and then didn’t play much in 2017 before becoming the team’s snapper in 2018 in 2019.

Named a semifinalist for the Patrick Mannelly Award given to the NCAA’s top snapper (won by Notre Dame’s John Shannon), Mannelly hit the All-Star circuit after his West Virginia days were through, participating in the Hula and NFLPA Bowl Games.

Like most long snappers, he went undrafted in 2020 but signed with the Miami Dolphins. He stuck with the team for the better part of two seasons but yo-yo’d his way through camp. Over the span of two weeks, his name popped on and off the transactions sheet.

He remained on the tryout circuit for nearly the entire regular season until the Steelers signed him to the practice squad on December 8th as the team began stashing specialists there as COVID began to rock the team. He was cut two days later and not brought back until Pittsburgh’s season ended, inking a futures contract January 18th.

Sunahara is one of two long snappers on the roster alongside first-year starter Christian Kuntz. That’ll be the man Sunahara needs to beat out this summer, assuming he makes it that far, just in the way Kuntz did to Canaday in 2021.

While I can’t speak to how effective of a snapper Sunahara is, there is one obvious difference between the two. Size. Kunt is a listed 6’1, 228 pounds. Sunahara? 6’6, 242, and I assume that height comes with some plus arm length too. Rule changes have made size less important for the position, long snappers basically are off-limits these days, but it’s a feather in Sunahra’s camp, who owns his high school basketball record for most blocks in a game (9), season (99), and career (178). Just look at that photo. Looks like a move tight end more than a snapper.

Sunahara will have to show velocity and consistency with the Steelers but if he does, there could be another long-snapper battle brewing this summer.